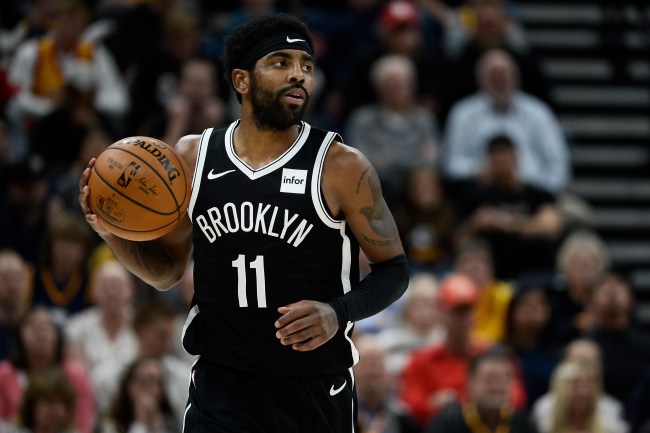 Kyrie Irving has come forward and has spoken against the NBA restart in Orlando due to racial tensions in the country.

On Friday night, Kyrie helped organize a conference call among 80 NBA players and vented his frustrations with the league restarting the season in a bubble while Black Lives Matter protests are currently taking place across the country.

Sources tell The Athletic that a group consisting of 80-plus players — including NBPA Vice President Kyrie Irving, NBPA president Chris Paul, Kevin Durant, Carmelo Anthony, Dwight Howard, Donovan Mitchell and Avery Bradley — discussed finding unity and a way to attack a cause amid the nationwide unrest stemming from racial injustice, systematic racism and police brutality as well as what the world continues to face during the coronavirus pandemic.

Sources tell me majority of the NBA call was on social justice reform. It lasted for about 2 hours, but over an hour was dedicated to that.
While they are absolutely all concerned about COVID and that was a vital part of conversation. Racial injustice is the #1 talking point.

Kyrie Irving told NBA players on call Friday, sources tell @TheAthleticNBA @Stadium: "I don’t support going into Orlando. I’m not with the systematic racism and the bullshit. Something smells a little fishy."

Eventually, it seems like Kyrie eventually conceded to agree with whatever the group wanted to do.

Yahoo Sources: The conference call led by Kyrie Irving lasted an hour and forty minutes. The Nets star let it be known he was against going to Orlando, but said he would ultimately stand with the group if they decided to play.

Yahoo Sources: Players offered different perspectives with some in favor of not returning-to-play and those citing financial ramifications as a reason for a season resumption. The WNBA players spoke on their league issues and vowed to stand in unity with the NBA players.