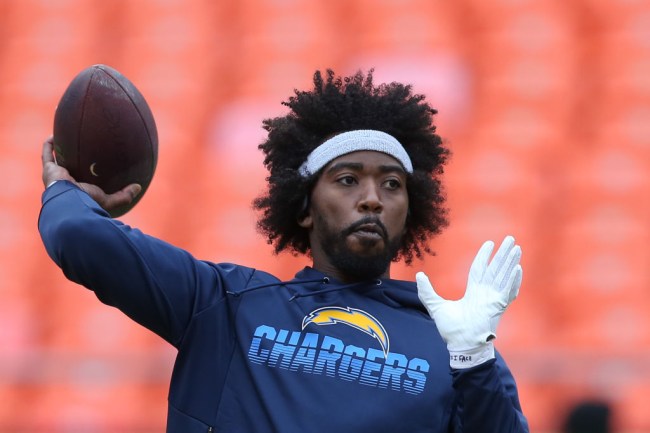 The Los Angeles Chargers revealed their new uniforms on Tuesday morning and they are unbelievably good. In fact, the Chargers now hold the title of having the best uniforms in the NFL.

It’s not that the team’s uniforms in years past were bad by any means, they’ve got one of the best logos and color schemes in sports, but they definitely did need a bit of a facelift and oh man did they get one.

It was only right that the Chargers get a new look as they move into the brand new SoFi Stadium this year.

the best got better. pic.twitter.com/UTXPM8yYvI

The only argument you may have against the uniforms is that there are too many combos, but with them all being so clean you can’t really go wrong with any combo the team elects to go with throughout the season. The Titans are another team that comes to mind with a handful of combos, but it’s safe to say these are much, much better than Tennessee’s.

When it comes to the best combo of the six, I think you have to give the nod to either one of the all-blue looks. There’s something about the all-navy look with that lightning bolt helmet that stands out above every other uniform combo in the league.

“The all navy has always been my favorite and those are even cooler,” Joey Bosa said in the team’s press release. “I like the simple bolt, too, how it just has the yellow and the blue in it.”