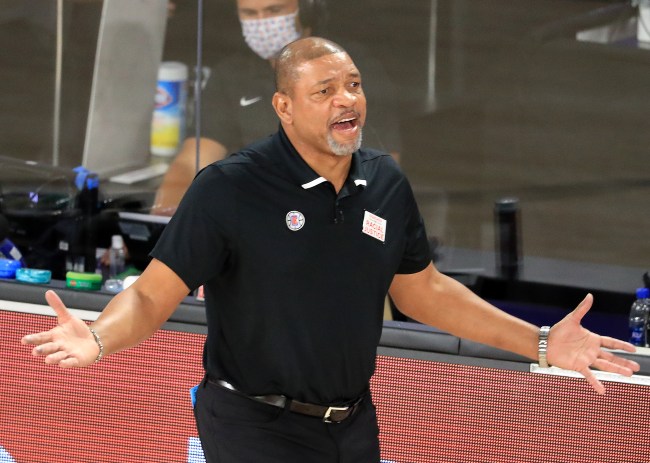 The LA Clippers were just eliminated from the playoffs two weeks ago, but the team is already shaking things up for next season.

After blowing a 3-1 series lead to the Denver Nuggets the team has reportedly parted ways with longtime head coach Doc Rivers.

Rivers released a statement after the news broke.

NBA Twitter had some pretty funny reactions to Rivers’ unexpected outing in LA.

Cheated on that man's daughter with a stripper and then got him put out of L.A. with his bad play.

Doc Rivers convinced Steve Ballmer to trade 7 years worth of draft picks for Wayoff P, he just gotta apply for TNT and ESPN media jobs at this point it's been a good run.

WOW. Doc Rivers is no longer the coach of the Clippers, per Woj pic.twitter.com/YjKdISvk42

Doc Rivers really got fired cuz of this pic.twitter.com/yrzAal8zQJ

Doc Rivers had to watch Paul George cheat on his daughter with a stripper then got fired in the one year he coached him lmaoo https://t.co/bP99knI2hQ