L.A. County Forcing Vanessa Bryant To Undergo A Psychiatric Test Is As Slimey As It Gets 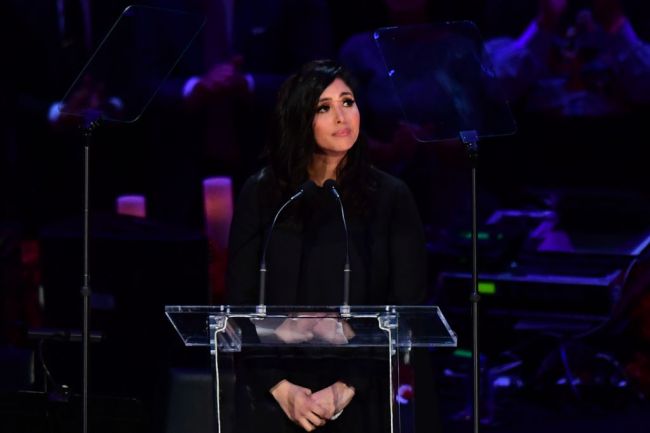 Los Angeles County has demanded in a court filing that Vanessa Bryant undergo an independent psychiatric evaluation. The test is intended to prove that the leaked photos from the helicopter crash that killed Kobe and Gigi caused her emotional distress.

Bryant’s attorneys said that the motion is part of the county’s “scorched earth discovery tactics designed to bully Plaintiffs into abandoning their pursuit of accountability.”

I am going so far as to say that it couldn’t be slimier.

This development comes as the latest in Bryant’s ongoing case against the county. She sued L.A. County and its sheriff’s office last year.

In the suit, Bryant alleges that county employees “showed off” photos of the crash that killer her husband, their daughter and seven other people on Jan. 29, 2020. It seeks tens of millions of dollars in damages from the county, and perhaps more importantly, hopes to hold the department responsible.

Shortly after the crash, reports emerged that photos were shared online. Those photos were allegedly taken by first responders. The lawsuit is over the alleged leaked images of the crash that were reportedly shared by emergency crews.

“Faced with a scene of unimaginable loss, no fewer than eight sheriff’s deputies at the crash site pulled out their personal cell phones and snapped photos of the dead children, parents and coaches,” alleges the suit. “The deputies took these photos for their own personal gratification.”

In response, L.A. County is now asking Bryant to take a psych test. It will need to be completed before the case goes to trial.

The defendants filed the motion because independent exams are “necessary to evaluate the existence, extent and nature of Plaintiffs’ alleged emotional injuries.” They argue that her “severe emotional distress” came not from the leaked photos, but from the crash.

Bryant’s legal team did not hold back in their response:

“Apparently, in the County’s estimation, top officials should be shielded from providing any testimony, but the victims should not only withstand the emotional toll of a full-day deposition, but also submit to an eight-hour involuntary psychiatric examination simply because they had the audacity to demand accountability,” Bryant’s attorneys said.

Look, I get it. The county is trying to save face. It is pulling out every last stop to try and do so. That’s how it works.

The legal system is backwards and this is a last-ditched effort from the county to avoid being found guilty or reaching a settlement.

That doesn’t mean that the entire thing isn’t truly disheartening. Bryant never should have been put in this position to begin with.

But now that she was, they’re forcing her to under go an eight-hour test to prove she is upset that photos of the crash site that killed her husband and daughter were allegedly leaked. It’s cruel.

She is already dealing with loss, dealing with heartbreak and dealing with the ramifications of an emergency worker who allegedly decided to turn her tragedy into an opportunity. To be able to look her in the eyes and tell her otherwise takes a cold, heartless person.

Good for Bryant for fighting the good fight. She knows that she can make a difference and she’s doing just that. We are all rooting for her.