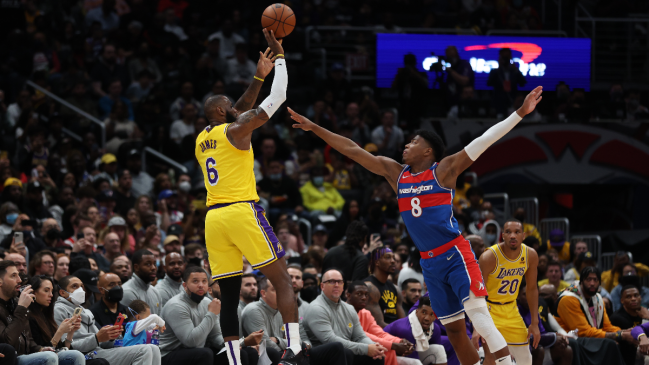 The Los Angeles are not a very good basketball team.

In fact, most people knew entering the 2022-23 NBA season that the Los Angeles Lakers would not be a very good basketball team.

Just three years removed from winning an NBA championship, the Lakers are aging, crippled and don’t fit together at all. General Manager Rob Pelinka has come under fire for both his inability and unwillingness to make moves to improve the roster.

And LeBron James is sick and tired of the team sitting on its hands while he turns in another incredible season at age 38. James is averaging 29.8 points, 8.5 rebounds and 6.9 assists this season all while LA flounders with a 22-25 record.

The Lakers got a slight spark when they moved over-the-hill All-Star Russell Westbrook to a bench role. They’re now 6-4 over their last 10 games. But more needed to be done. On Monday, Pelinka and the Lakers took the first of those necessary steps.

ESPN’s Adrian Wojnarowski reported Monday that the Lakers are in the process of finalizing a trade for Wizards forward Rui Hachimura.

Wojnarowski further reported that the deal will send LA backup guard Kendrick Nunn and three second-round picks to Washington in exchange for the former ninth overall pick in the 2019 NBA Draft.

Hachimura, who turns 25 in February, is averaging 13 points, 4.3 rebounds and 1.2 assists per game. He’s also a career 35.6 percent shooter from beyond the arc.

Nunn, meanwhile, is having the worst shooting year of his career at just 32.5 percent from deep. He also missed the entire 2021-22 season with a bone bruise in his knee.

Needless to say Wiz fans weren’t exactly enthused with the package they got in return for Hachimura.

3 second rounders? What are you gonna do with those Tommy? You gonna draft a few more Admiral Schofield’s and Issuf Sanon’s while guys like Bol Bol, Nembhard, and Herb Jones don’t even get scouted?

FOH. Boot Tommy into the sun and rebuild this shit. https://t.co/5HmlwZIr0k

Wow what the hell! What are the Wizards thinking? Nunn and 3 2nd rounders for your lottery pick? Another player they failed to develop.

I watched Rui a lot in the 20-21 season and there’s a LOT of potential there. This is a good move for the Lakers https://t.co/YUekzJLfMK

Turned the 9th pick in the draft to 3 second rounders and Kendrick Nunn https://t.co/XtPtRgiXro

On the other hand, Lakers fans were overjoyed to see the organization finally do something.

I am very happy with this. https://t.co/EKgcEd3E4b

Nothing to get too excited about, but it’s a start https://t.co/3RbcWbK285 pic.twitter.com/6U5L1HYvt8

Whether or not it’s enough to turn the season around is certainly up for debate. But it’s undoubtedly a start.