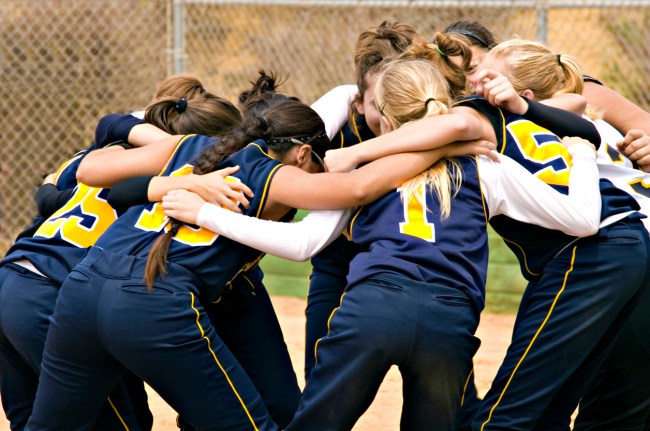 Lakewood Ranch softball went back-to-back like it’s Jordan ’96/’97 and they did it in style. To win the 2022 Florida Class 7-A State Championship, the Lady Mustangs pulled off an epic hidden ball trick.

Over the Labor Day Weekend, Lakewood Ranch faced Lake Brantley with the state title on the line.

The Mustangs entered the final game of the year at 29-2, and both losses were to the 25-5 Patriots back in March. Well, the third time was a charm.

We Ran EVERYTHING Back Again!
2022 State Champions! Back2Back!
Congrats to @lakebrantleysb on a great season!
The hunters become the hunted once again. See you in 2023! pic.twitter.com/aieNob0zv8

Lakewood Ranch hammered Lake Brantley and scored eight runs in the first five innings. Of the Mustangs’ 10 hits, six were for extra bases.

Taking an 8-2 lead into the final inning, Lakewood Ranch got creative in the top of the seventh. With two outs and two runners on, the Mustangs went to the drawing board and dialed up a classic, but rarely executed play— the hidden ball trick.

After sending the pitch over the plate for a ball, the catcher threw back to the pitcher, who pretended to throw back behind her to second. Except she didn’t.

While her infield pretended to freak out around her as if the errant throw went soaring into the outfield, the pitcher held the ball in her glove and pretended she had lost the throw. Except she hadn’t.

Seeing the play unfold, the Patriots’ runner on second took off toward third base, at which point the Mustangs pitcher ran over and tagged her out. It was the third out of the final inning of the state championship and Lakewood Ranch ran it back with an all-time trick play.

Take a look at how Lakewood Ranch softball pulled off the hidden ball trick in the Florida state championship:

How did @LakewoodRanchSB win its second consecutive state championship? The Hidden Ball Trick!

Keep your eyes on the pitcher. Defense sold it perfectly too. pic.twitter.com/sA43kNyBFv

It was a bold call that may not have been necessary with a six-run lead, but it worked and the risk paid off. So epic.