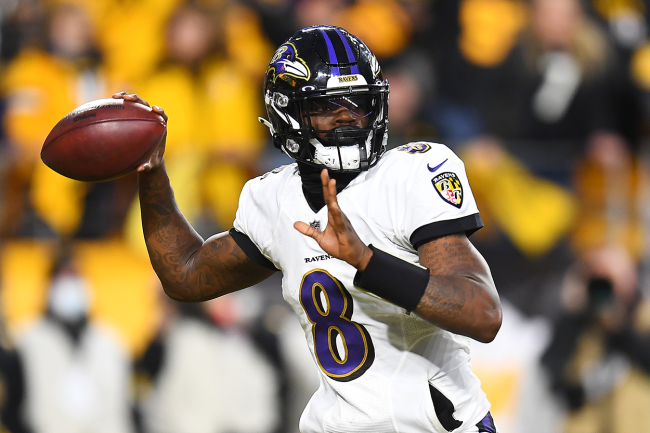 Lamar Jackson is entering the final year of his rookie contract and recently made his financial demands very clear on Instagram. As he gears up for his fifth year in the league, the former first-round draft pick is putting in significant offseason work.

After missing out on the playoffs last season, Jackson is preparing to try and take Baltimore past the Divisional Round in 2022. When he takes the field this fall, he will be looking different than his first four seasons.

Jackson revealed during minicamp that he is significantly heavier. Where the 25-year-old played around 205/208 pounds in the past, he is up to 220 ahead of training camp.

The significant offseason bulk has him looking absolutely massive. Jackson looked thick when he showed up at Ravens camp and has not lost any of his mass in the weeks since.

He posted a photo to Instagram earlier this week and looked more like a linebacker than a quarterback.

And it doesn’t appear as though Jackson’s new weight or last year’s ankle injury has hindered his on-field abilities. He posted a video of himself working out with Robbie Anderson and Willie Snead IV over the weekend and once again looked built like a boulder.

Jackson spent time with his personal quarterbacks coach Adam Dedeaux during the offseason and has focused-in on his mechanics. He is sharper and more poised when releasing the ball.

Jackson’s added weight could help him absorb more contact, considering that he runs the ball fairly often. The additional pounds, along with his refined form, could lead him to another year atop the NFL.