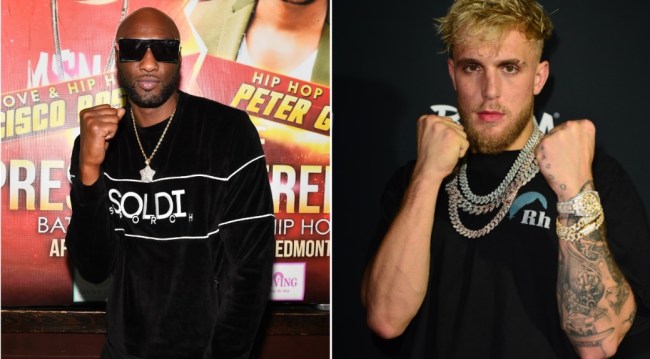 Last November, Paul embarrassed Robinson and turned him into an instant meme by viciously knocking him out in the second round of their fight.

Odom is set to face singer/actor Aaron Carter in a June 12 bout in Atlantic City, but he’s already eyeing Paul as his next opponent.

“After Aaron Carter, I would love to fight Jake Paul,”.”For Nate Robinson!”

Odom has been training at Decatur Boxing in ATL but after seeing his latest sparring session video he should probably stay clear of Paul unless he wants to get knocked out like Robinson.

As for Paul, he doesn’t have any fights on the horizon but claims he’s talking behind the scenes with the UFC to take on UFC welterweight champion Kamaru Usman.