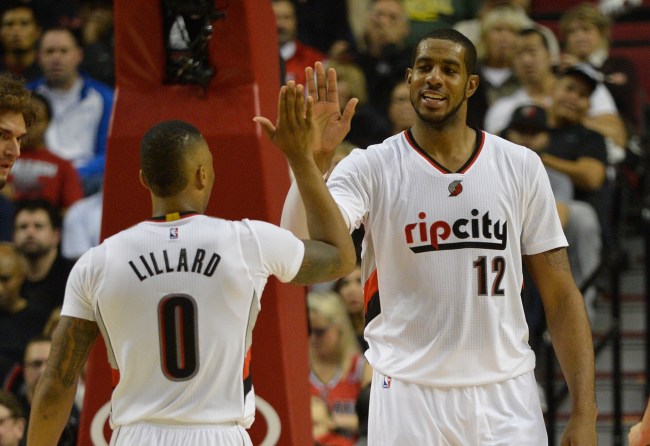 On April 15, 2021, after 15 productive seasons in the NBA, LaMarcus Aldridge announced his retirement from the NBA.

The decision was a life-or-death one for the 35-year-old former number 2 pick, who in 2006 was diagnosed with Wolff-Parkinson-White syndrome, a heart condition that can cause a rapid or irregular heartbeat. Aldridge kept the condition at bay for the majority of his career, but one terrifying night in April just weeks after he signed with the Brooklyn Nets on March 28, he experienced a heart episode that landed him in the hospital in the wee hours of the morning. Rolling the dice with his life seem

In his first post-retirement interview with The Athletic’s Shams Charania, Aldridge admitted that he slipped into depression in the weeks following his abrupt retirement, claiming he’s still trying to find his identity without basketball.

The seven-time All-Star also revealed his only regret from his career: failing to cultivate a better relationship with then-burgeoning star Damian Lillard.

They say hindsight is 20/20. As you get older you get more wiser and you see things more clear. I think as you get older, you have less of an ego, you’re less sensitive. Maybe all those things are true. The only thing I look back on is I wish I would have worked at it better to have a relationship with Dame (Lillard). I feel like we both had our circles talking to us. Maybe that helped stifle our relationship, but we definitely have gotten a better relationship since then. But I think just trying to get a better relationship with him. It’s just tough because people see the career I had, but people don’t realize how I got there.

On the same day Aldridge announced his retirement, Lillard began campaigning for the retirement of Aldridge’s No. 12 jersey in Portland.

“It’s time for the Blazers to retire No. 12. You know, he had an amazing career in a Trail Blazers uniform. I think everybody was expecting him to return, and he ended up leaving and it was kind of like people felt some type of way about it. But there’s no denying the kind of career he had in Portland and what he meant to this city, so, I think that’s the proper respect to retire his jersey because of who he was and what he did for this organization.”

As Blazers Edge points out, Aldridge ranks up there with the best to ever wear a Blazers uniform. Over nine seasons, the big man ranks No. 5 in games played, No. 3 in field goals made, No. 1 in rebounds, No. 4 in blocks (No. 4), and No. 3 in points.