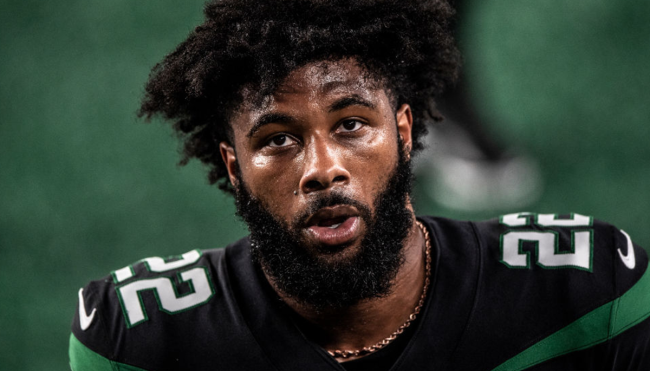 During my junior year of college, I was at a party when someone who prided themselves on their wolf-biting abilities attempted to shotgun a beer only to see things go off the rails a bit when they somehow managed to chip the tooth they were trying to use to pop open a hole in the can.

I’ve spent the past decade operating under the assumption I’d never encounter someone who could even come close to topping that historically awful attempt at shotgunning. However, that all changed on Friday courtesy of New York Jets running back La’Mical Perine.

On Thursday night, Perine was heading to watch the Islanders face off against the Lightning in Uniondale when the party bus he was on magically transformed into a struggle bus when he decided to shotgun a beer for what I can only hope was the first time in his life.

TMZ got its hands on a video of what can only be described as an unmitigated tragedy that saw a perfectly good beer go to waste. Perine’s first attempt went awry after he forgot to pop open the tab, but things somehow got even worse when he corrected the problem and proceeded to spill Bud Light all over himself before revealing he almost threw up following a whopping two seconds of chugging.

Pour one out for a fallen soldier that didn’t deserve to die like that.