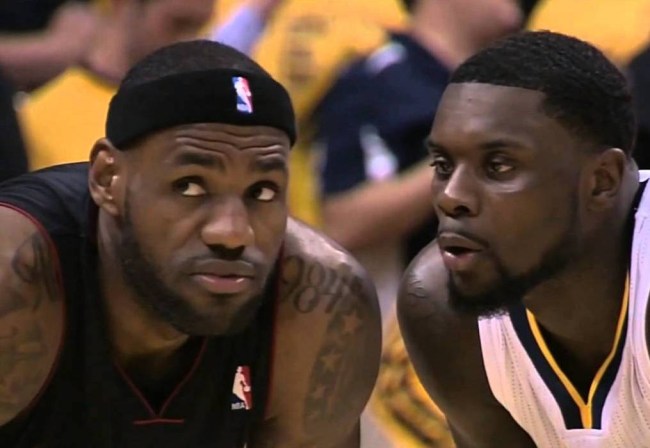 You need to have a wide variety of talents in order to make it as a professional athlete, but I’d argue one of the most underrated skills you can have is the ability to get into another player’s head.

Most coaches won’t carve out any practice time to give the team guidance on the best way to insult their opponents’ mothers but knowing how to press another players buttons is an absolutely indispensable asset when it comes to gaining a competitive advantage.

I’ve seen players deploy plenty of tactics over the years to gain a mental edge but nothing comes close to what is one of the greatest sports moments of the century so far: the time Lance Stephenson blew into LeBron James’ ear.

The incident took place during an Eastern Conference Finals game in 2014 and immediately set the internet on fire as people around the world scrambled to Photoshop Stephenson into different situations in pursuit of some sweet, sweet retweets.

RT @Justinace: where was Lance Stephenson when you needed him? pic.twitter.com/ghYjAcFJ5I

After the Ear Blowing Game, James was asked about the incident and he did his best to rationalize it, saying,“I blew in my wife’s ear before. That was definitely a defensive tactic.”

However, there was never a clear answer from Stephenson about exactly what motivated him to blow in LeBron’s ear in the first place— at least not until now.

Stephenson sat down with theScore and finally shared his side of the story, saying that he’d reached a point where he was willing to do basically anything to throw James off of his game.

The tactic wasn’t super effective and based on his comments it probably ended up impacting Stephenson even more than Lebron:

“For you to do something to somebody and they don’t respond, they keep continuing and playing hard, it’s like, ‘Yo, what, how do I get in this … how do I? But LeBron was such a good player. I was just trying to do anything to get him frustrated.”

If you come at The King you best not miss.