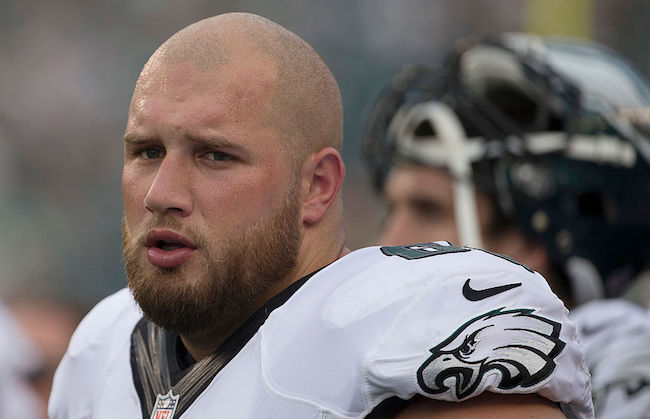 Last night, the city of Philadelphia was thrust into slightly more chaos than usual after the Eagles absolutely demolished the Minnesota Vikings at Lincoln Financial Field to punch their ticket to the Super Bowl. Police did what they could to get ready for the mayhem—including greasing up street poles in the city before the game (which turned out to be all for naught)— but I don’t think it’s possible to prepare for someone riding a dune buggy up the Rocky steps in celebration.

I’m willing to bet at least some of the Eagles fans who decided it would be a good idea to light shit on fire had one or two beers before taking to the streets, and I wouldn’t be surprised if those same fans have three or even four drinks while preparing to destroy their city regardless of the outcome in Minneapolis in a couple of weeks.

However, if the Eagles do end up flying home with the Lombardi Trophy, the city of Philadelphia might be able to get their drink on for free thanks to offensive tackle Lane Johnson.

While gearing up for the season in August, Johnson spoke to ESPN and promised to buy everyone in the city a beer if the Eagles if the Eagles managed to win the Super Bowl:

“I have a lot to prove to this city. I think if we have a few big years and make the playoffs, if we win a Super Bowl, I’m giving out beer to everybody.”

It appears Johnson thought he’d have at least a couple of years to start saving on the off-chance he actually had to pick up the tab for the city, but he might have to pay up sooner rather than later.

Luckily for Johnson, Bud Light has offered to help out if the Eagles do end up winning it all, so the people of Philly can get ready to get their “Dilly Dilly” on.