Larry Nance Jr. Apologizes For Ignoring A Kid Who Tried To Get His Autograph 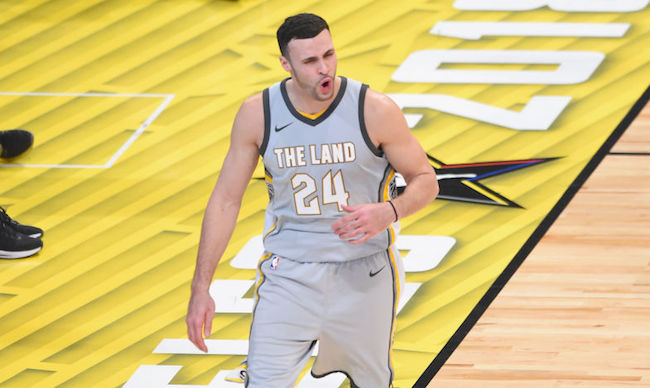 On Monday, Cleveland Cavalier forward Larry Nance Jr. got swept up in the Internet Outrage Machine after a mother posted a video of him ignoring her son’s attempt to get an autograph while the Cavs were practicing at UCLA’s campus. The kid (and his hair) managed to get some love from Kevin Love after the fact, but if you thought that was going to stop people from getting mad online, you obviously haven’t spent much time on the world wide web.

There were a few apologists out there that begged people to take context into consideration before judging Nance, but I’m pretty sure the evidence would stand up on its own if you could file criminal charges for being an asshole. If that was the case, I’m pretty sure Nance would plead “no contest” based on the apology he issued shortly after the video surfaced.

According to Terez Owens, Nance posted a comment on the private Instagram account of the woman who originally uploaded the video, and it looks like the Cavalier is willing to atone for the error of his ways.

Larry Nance Jr apologized to the kid and his mother. pic.twitter.com/jN0LujbCn4

With that said, I feel like people are overlooking the real story here: the fact that Larry Nance Jr. thinks he’s in a position to be turning down literally anyone who wants his autograph. If I was an NBA player whose most impressive professional achievement was finishing second in the dunk contest, I’d be walking up to random people on the street and asking to sign their shit.

As far as I’m concerned, you have to earn your right to crush the spirits of a kid.