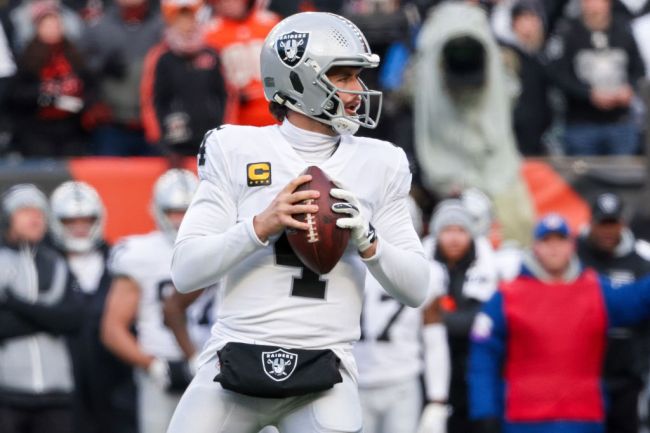 In an offseason full of quarterback uncertainty, Derek Carr has been a name that has come up a lot when discussing the future. There have been reports that the Las Vegas Raiders were ready to move on from Carr and one analyst even believed he could be swapped for Carson Wentz.

Now it appears the exact opposite is true. A couple of reports surfaced today backing the idea that Carr will be getting an extension with the Raiders and that he will get a ton of money in the new deal.

As it relates to Derek Carr and the @Raiders, the sense is no proposals have been exchanged yet on an extension. You'll see various numbers being thrown around, but, as I've been reporting, any extension would likely be in the $40m per season range.

Sources: With the full support of Dave Ziegler and Josh McDaniels, the #Raiders plan to offer Derek Carr top-tier QB money. I’m told that Carr is seeking in the range of $35M+. It’s also worth noting that both sides are open to a short-term extension. https://t.co/d9J2cw2p1E

Whether Raiders ended up offering $40 million or just north of 35, it would be a huge deal for Carr. There are only 3 players in the league that make at least $40 million right now and only 5 who make $35 million.

Derek Carr is coming off of arguably the best season of his career. He led the Raiders to the playoffs for the second time in his career in spite of chaos in the organization and was 5th in the league in passing yards.

Still, it’s hard to believe that he belongs among the top 5 highest paid quarterbacks in the league right now. Top 10 sounds more palatable for the Raiders, but even that seems like a stretch for Carr when his job security has been such a question mark recently.

If the Las Vegas Raiders do ultimately extend Carr for such a large sum, it will be a major statement that they believe in him as the future of their franchise.