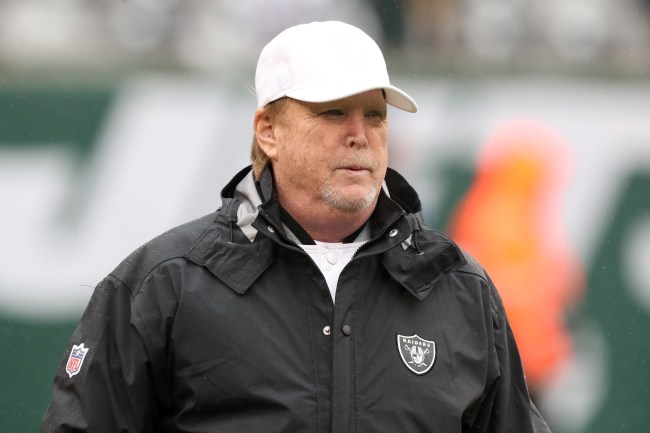 Las Vegas Raiders owner Mark Davis has found himself at the center of controversy following the Derek Chauvin trial.

After Chauvin was found guilty of murdering George Floyd, the Raiders posted a controversial “I Can Breathe” tweet that received immediate backlash from fans.

Wish we could say the same about George Floyd.

Take this down and apologize for the mishap.

And then diversify your social media team.

The shirts on the right were worn by police & their supporters after an illegal police chokehold had Eric Garner saying, “I can’t breathe” 11 times – before it killed him. George Floyd said, “I can’t breathe” 20+ times before he was murdered. @Raiders, PLEASE take this down. https://t.co/J0nytDk9qb

Davis spoke to the media to explain the tweet which he says he sent out himself. According to the Raiders owner, the tweet was inspired by George Floyd’s brother Philonise, who said “today, we are able to breathe again” after the conclusion of the Chauvin trial.

#Raiders owner Mark Davis said the "I Can Breathe" wording came from George Floyd's brother Philonise, who said "Today, we are able to breathe again."

Davis added: "If I offended the family, then I'm deeply, deeply disappointed."

Davis claims he was unaware NYPD supporters wore the “I Can Breathe” shirts following the death of Eric Garner back in 2014.

Davis said he wasn't aware that NYPD supporters wore "I Can Breathe" shirts following the 2014 killing of Eric Garner. After I brought that up to him he said, "I learned something… I have to do a little bit more research into that just so I can speak coherently on that aspect."

Davis went on to say he was not going to delete the post despite the controversy.

Davis: "I will not delete it. I could un-pin it and let it run its course. It's already out there, Tashan… I rarely, rarely post stuff, but I'm not into erasing something. It's not an apology. I'm not embarrassed by what I said, but I did learn something now."