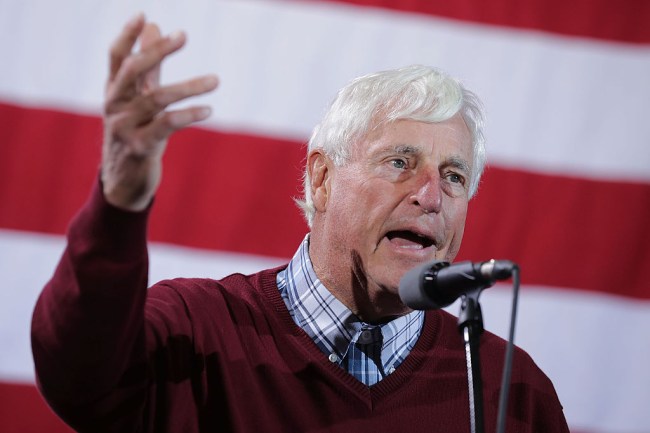 In 2002, ESPN released Season on the Brink, which featured the dad from Tommy Boy in the role of Bob Knight, the former coach of the Indiana Hoosiers. The network decided to dip their toes into the waters of HBO by releasing a movie featuring all of the uncensored, profanity-laced tirades you’d expect from the central character and teaching people like me words I’d only previously heard rumors about.

ESPN eventually hired Knight as a basketball analyst in 2008 and he worked there until they declined to renew his contract in 2015. Now, things have come full circle after the announcement of the newest installment in the 30 For 30 series: The Last Days of Night, a documentary chronicling the career of the infamous coach.

"There was almost no one in the state of Indiana who was more powerful." Our next film #TheLastDaysOfKnight premieres this Spring. pic.twitter.com/XRpTf9D71i

Based on this preview, it seems like the documentary will be following in the footsteps of true crime shows like The Jinx and Making A Murderer— as well as the equally enthralling American Vandal— when it comes to investigating The Choking Incident. The only major difference between him and the people featured in those series is that he didn’t kill anybody (or draw dicks on a bunch of cars).

It took close to two months between the initial announcement of The Two Bills (the most recent 30 For 30) and an official release date, so we’ll probably have to wait a little while before finding out when The Last Days of Knight will air. However, if this trailer is any indication, it’ll be more than worth the wait.