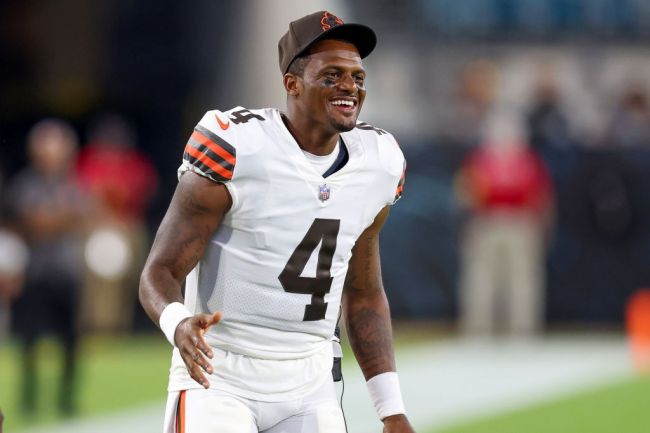 After being sued by 24 different women for sexual misconduct, controversial NFL quarterback Deshaun Watson is on the verge of resuming his career as the NFL finally handed down his official punishment: an 11-game suspension and a $5 million fine.

One of the reasons that the league was able to settle with Watson is the fact that he’s settled with virtually all of his accusers outside of court. All except for one.

In an essay for The Daily Beast, Lauren Baxley — the lone woman not to settle with Watson — detailed the reasons behind her decision and said one of her motivations is Watson’s apparent lack of remorse.

“I have rejected all settlement offers, in part because they have not included any sincere acknowledgment of remorse and wrongdoings, nor have they included any promises of rehabilitative treatment,” Baxley said in the essay.

“Watson still refuses to admit that he harassed and committed indecent assault against me. Any settlement offer he has made has been a dismissal of his evil actions, and I know that unless there is an authoritative intervention, he will continue his destructive behavior.”

Baxley’s comments come as Tony Buzbee, the lawyer who represented the 24 accusers, blasted the NFL and commissioner Roger Goodell in his own personal statement where he accused them of “not caring” about sexual assault and its victims.

Given that the Browns have a Week 9 Bye Week, Watson is scheduled to make his first start for the team on December 4 against the Houston Texans, the team that traded him away due to all the allegations made against him.