LaVar Ball Claps Back At Joel Embiid For F-Bombing Him, Says ‘The Process’ Has ‘No Intellect’ 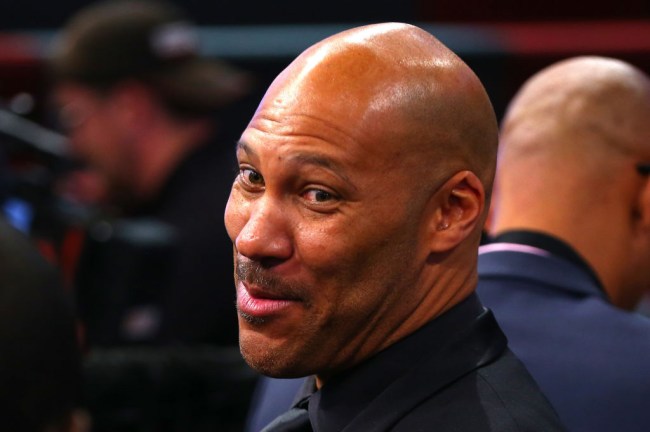 Remember back on Wednesday when we shared a video with you of Joel Embiid yelling “Fuck LaVar Ball” during an Instagram Live session? Oh yeah, this was AFTER Embiid dissed Lonzo Ball on Twitter during the NBA Draft AND after LaVar fired back during a radio interview saying, among other things, “Get your ass off the goddamn Twitter, and get in the gym.”

Yeah, well, you didn’t really think LaVar Ball was going to let Embiid say fuck him and get away without returning fire, did you? If you did, you must not realize what a “Big Baller” LaVar Ball is.

“The reason he said that … his vocabulary is limited,” LaVar told TMZ Sports.

“You gotta use cuss words when you don’t have no intellect.”

And it didn’t stop there …

“He’s not intelligent at all. He’s worried about me? He should be worrying about playing,” LaVar said … adding that Embiid has spent more time on the injury list than on the court.

Oh yeah, LaVar also threw in a pitch to LeBron James telling him to come play for the Lakers, because of course he did. Apparently Ball thinks LeBron doesn’t hate him anymore.