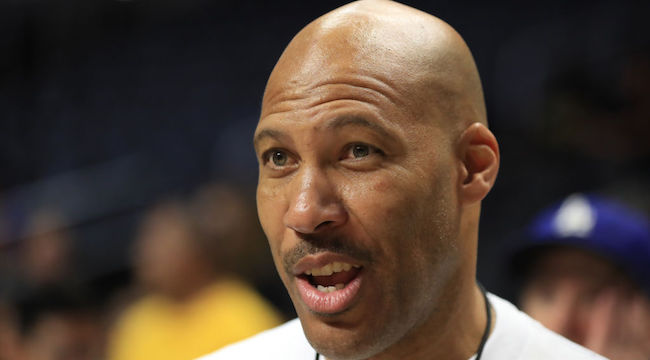 Over the weekend, Lakers head coach Luke Walton went out of his way to explain that he wasn’t paying any attention to LaVar Ball and his criticism of his coaching because he doesn’t take “parents opinions” into his coaching considerations.

“We don’t take parents’ opinions into our coaching decisions and how we’re trying to grow as a group,” W. “The relationship with Lonzo means a lot to me, so I stay in constant contact with him and how he’s doing.

“But as far as other people’s thoughts on what we should do, I don’t concern myself with those.”

While in NYC, LaVar Ball spoke to entrepreneur/social media personality Tai Lopez and claimed that he could do a better job than Walton coaching the Lakers because Walton might not have enough experience.

“Here’s what everybody is saying: The kids are young. OK, I want the young kids. You give me a bunch of young pros, and my record would be better than this on the fact that I’m 50-something years old and I know the game. But if you got a guy who’s 38, maybe he’s not experienced enough. Maybe stop talking about the players are so young, and maybe it’s the coaching experience that’s young. Yeah, nobody wants to say that but I say it because I’m 50 years old and I know the game. You give me those guys and I guarantee you they’ll be in a much better position than this, because you’re not playing the guys or you’re not getting the best out of a lot of people.”

It seems like Walton is already fed up with LaVar’s talking but the young Lakers head coach is going to have to deal with it as long Lonzo is on the team.