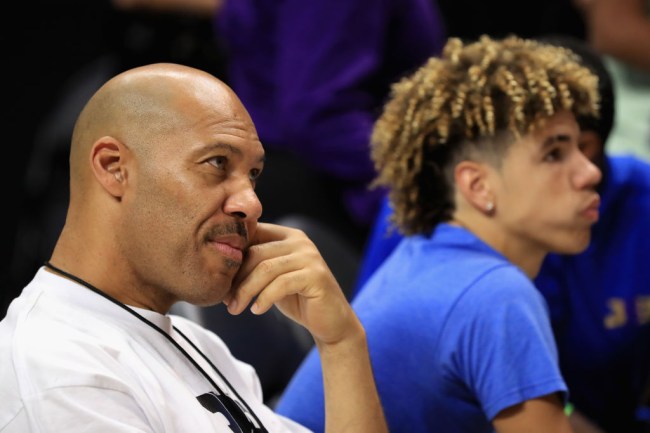 Back in September, LaVar Ball chose 14 of the best players from his JBA league to compete in 28 exhibition games against international opponents. Team USA squeaked by Denmark in its opener but then dropped two straight to two different Lithuanian clubs, with 17-year-old LaMelo Ball unable to secure a victory in the country he played a professional stint in.

In the second loss, tempers flared between LaMelo Ball and a Lithuanian player after a foul call. Ball and Dzukija’s Mindaugas Susinskas were both ejected after getting in a fight during the third quarter. After LaMelo’s ejection, Team USA lost to LKL team Dzukija after blowing a 20-point lead.

The latest episode of Ball in the Family took us inside the locker room after Team USA’s loss to a livid LaVar Ball, who took aim at his youngest son in an expletive-filled tirade that was intended to “make him cry.”

Here’s the transcript of the rant, via For The Win:

After Ball went apeshit, his team ripped off 11 straight wins before falling to KK Rabotnički of Macedonia on November 15.