LaVar Ball Told His Middle Son, LiAngelo, That He Won’t Make It To The NBA 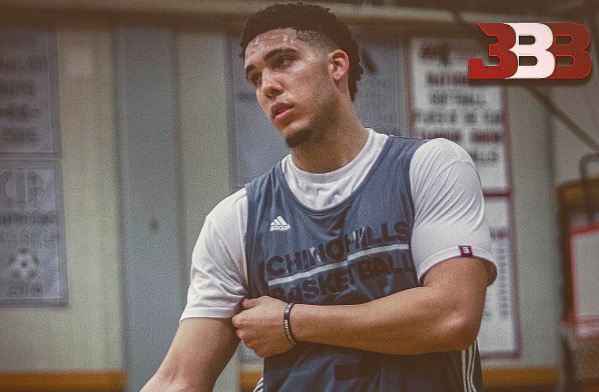 LaVar Ball is what would happen if Tony Robbins and Floyd Mayweather had a child. And you gave that child three basketball superstars, one of which is a sure fire top three pick in this year’s NBA draft.

By now, we’re all too familiar with Lonzo, the first-team All American and who led the nation in assists and broke the UCLA record for most assists in a season. As a freshman. And LiMelo, the high school freshman that looks like the human reincarnated love child of Sonic the Hedgehog and Gumby, who famously scored 92 points in a game this season

But not a lot has been said about the middle child, LiAngelo, who seems to have acquired a sour case of Middle Child Syndrome.

In a profile with GQ Magazine, LaVar Ball bluntly said that his middle son may be the lower case b in Big Baller brand.

“I told my boys that one of them wasn’t going to make it. Because if you’ve got three, only one, maybe two make it to the NBA.” He says, right in front of everyone, that he thinks it’ll be his middle son, LiAngelo, who doesn’t make it. He says he’s told him that. “He’s going to be taken care of either way,” he says. At least Gelo is the handsomest of his sons, he says—if basketball doesn’t work out, maybe he could be a model.

Now it’s no secret that the 6’6”, 240 pound UCLA-bound LiAngelo is less talented than his two brothers. As The Big Lead points out, UCLA has five recruits coming in who are ranked higher than he is. Ball is a three-star recruit who is not ranked in the Rivals top 100, despite leading Chino Hills high school in scoring all four years.

It’s all but certain that at least one of LaVar’s son’s won’t make it big time, and it should be super interesting to see how the black sheep is treated when that happens.