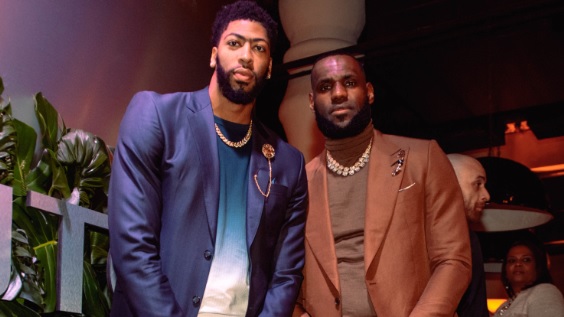 For the past month, LeBron James and agent Rich Paul have been accused of tampering with Pelicans superstar Anthony Davis to get him on the Lakers.

Both James and Paul have been investigated by the NBA for violating the tampering rules after the Pelicans complained to the league following Davis’ request to be traded earlier this season.

Despite causing a firestorm that has angered NBA owners and execs it seems like LeBron doesn’t really care if they think he’s tampering because he’s going to still talk and hang out with Anthony Davis.

This afternoon HBO announced that Davis was going to be a guest on LeBron’s show “The Shop” despite all the controversy surrounding the two players.

HBO announces Anthony Davis will be a guest on "The Shop" pic.twitter.com/vq2yQSdmfk

Of course Twitter had jokes about LeBron potentially tampering by having AD on the show.