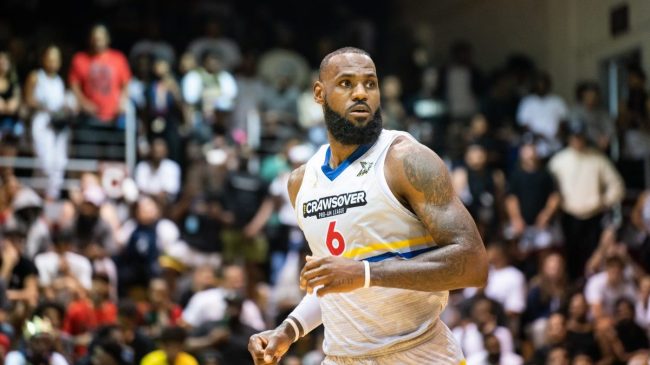 You don’t have to look very far or wide to find news about LeBron James these days. Whether it’s the Lakers’ front office showing a lack of confidence in him, or him calling out the NBA for its handling of Suns’ owner Robert Sarver, LeBron is almost always at the center of the basketball world.

And for good reason.

But one LeBron story just will not die regardless of how often it’s talked about. Everyone wants to know what the heck is going on with the man’s hairline.

James’ hairline has been receding since his early days in Miami. Yet time and again it somehow manages to make a comeback.

Fans have plenty of theories. Everything from hair plugs to a sprayed-on hairline has been proposed. But no one can seem to figure out the answer and everyone ends up with the same conclusion: LeBron should just let himself go bald.

Now it appears that’s finally what he’s done. But there’s a catch.

LeBron James Shares Picture Of Himself With Shaved Head, But Fans Are Being Deceived

Twitter exploded on Tuesday morning when James shared a picture of himself in a barber chair with a shaved head.

Basketball fans were shocked by the photo.

He finally gave up the battle???? https://t.co/h6fi8QnAvy

There’s only one problem here. The picture appears to be inauthentic and James looks to be using a snapchat filter.

He play too much that looks like a filter https://t.co/HGJ1kcplFQ

One day we will eventually get full-powered bald LeBron. But today is not that day.