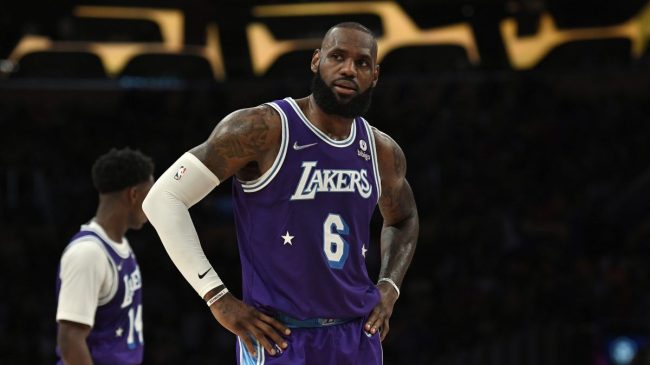 It’s been less than two full years since the Los Angeles Lakers won the 2020 NBA Championship. Since then, however, the franchise has been nothing short of a disaster despite boasting some of the league’s biggest stars.

An injury-riddled 2020-21 team was bounced by the Phoenix Suns in the opening round of the NBA playoffs. The Lakers then missed the postseason altogether this past year.

Much of the talk in the NBA this offseason centered around how LA would retool its roster. The Lakers were heavily linked with a move for Kyrie Irving and even came up in talks for Kevin Durant.

But neither of those moves came to fruition.

Instead, the Lakers made moves around the perimeter of their roster. They added noted pest Patrick Beverly and are still looking to rid themsevles of Russell Westbrook. Though that last part is proving more difficult than they first expected.

The success of the 2022-23 Lakers looks to once again hinge on the health of soon-to-be 38-year-old LeBron James and Anthony Davis.

The Lakers are undoubtedly in win-now mode. They have perhaps the best player to ever step foot on an NBA court and little-to-no future assets.

But Windhorst doesn’t seem to believe they’re built to win, and he believes the LA front office is well aware of that fact.

"This can be used as receipts later. You can use this against me, I guess, Lakers. I don't believe that the basketball people in this organization believe that this is a group that's actually gonna work."

“So, you’re looking at all these guys who don’t shoot the ball well in a league where shooting is not only at a premium, but for the least 15 years in this league every team that’s had LeBron James it’s shooting, shooting, shooting, shooting. And their best shooter amongst all of these guys is Kendrick Nunn, who hasn’t played in a year and we don’t even know how healthy he’s going to be at the start of the season,” he began.”

Not exactly a ringing endorsement.