Hong Kong Activist Calls Out LeBron James For Hypocrisy: ‘All He Cares About Is Money, Not Human Rights’ 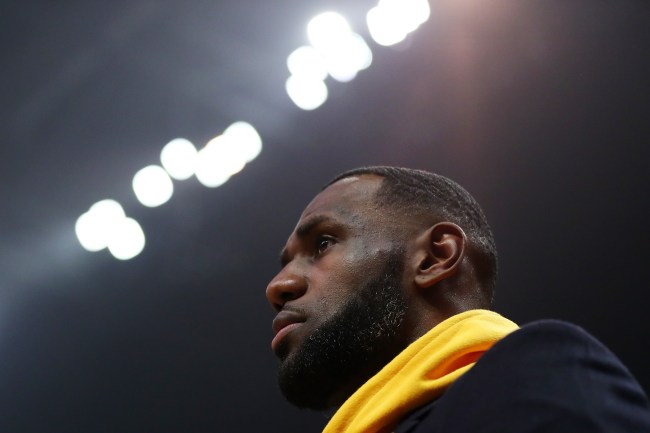 Joshua Wong, a Hong Kong democracy activist with over 700k followers on Instagram and Twitter, came after LeBron James with a truth bomb on Thursday.

The 23-year-old did not hold back calling James both hypocritical and a man that only cares about money, not human rights. Wong is referring to this past fall when James essentially bowed down to China – you could say he shut up and dribbled – during the NBA’s visit to the country this past fall.

Defending democracy is vital, but @KingJames only talks loud in the US. On China, not only is he silent, he actively shuts others up. He called @dmorey "misinformed" and "not really educated" for supporting #HongKong. All he cares about is money, not human rights. Hypocritical. https://t.co/vxVMWIjsjY

Back in October of 2019, Houston Rockets GM Daryl Morey tweeted ‘Fight for Freedom. Stand with Hong Kong’ expressing his support of major pro-democracy protests surrounding an extradition bill introduced in April. Following the tweet, the Chinese government bullied the NBA, stepped in and canceled all press conferences and blacked out television broadcasts around the country of the preseason games.

Following the viral Laura Ingraham clip from February in which she told James and other NBA players to ‘shut up and dribble,’ he was quick to say he wouldn’t do such a thing, but fast-forward to October when China told him and the rest of the league to do just that, and James went silent. He had a paycheck to collect during that trip as his I’m ‘more than an athlete’ standpoint falling to the wayside.

The only thing James actually said after China stepped in was that Morey was “uneducated” and “we all do have freedom of speech but at times there are ramifications for the negative that can happen when you’re not thinking about others but are only thinking about yourself.” James thought Morey was focused on himself when, in fact, it was the complete opposite. James looked like the one uneducated about the situation, not the other way around.

James clearly thought that Morey was being selfish, but he was the one selfishly remaining silent on the situation to protect his bottom line.

It would be ridiculous for me to say that James is in a difficult situation, he’s the fifth highest-paid athlete on the planet, but it would also be ridiculous not to realize that he’s in a unique situation. He’s the face of Nike, the face of the NBA, and the face of an entire sport. While he’s no stranger to voice his opinions about things, it’s never ‘against the tide’ so to speak. He picks his battles, picks ‘the proper side’, and protects himself, Nike, the NBA, and every other company he has his hands and money invested in.

Maybe there’s nothing wrong with that, the man will make over $88 million in 2020 and that’s one hell of a life. To look at him as this bold, outspoken truther is questionable, at the very least, after his handling of the situation in China, however. Does he care about right and wrong, racial injustice? I’m sure he does, but does he care about maintaining his social media accepted image and extremely healthy paycheck more? It looks like that’s the case more often than not.