It Doesn’t Matter Whether Or Not LeBron James Was In Attendance At Kobe Bryant’s Memorial, It Wasn’t About Him 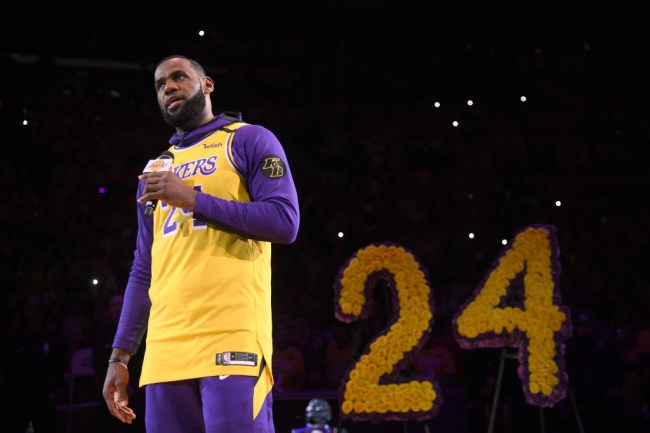 During Kobe Bryant’s memorial on Monday afternoon at the Staples Center cameras panned to celebrities and plenty of both former and current NBA players throughout the broadcast. We saw plenty of Steph Curry, Shaquille O’Neal, Michael Jordan, Russell Westbrook, James Harden, Bill Russell, and Kyrie Irving just to name a few NBA faces.

There was one person that we never saw, however, and that was LeBron James.

While the Los Angeles Times reported that he was in attendance at the Staples Center, James was asked by the media on Tuesday about whether or not he was there, but he didn’t give a yes or no answer while saying he was “emotionally a wreck like everyone else.”

LeBron says he was “emotionally a wreck like everyone else” yesterday

Perhaps James was in attendance on Monday, or maybe he wasn’t, or perhaps he was there and he told people to keep the cameras off of him or maybe he even watched the ceremony at home with his family like millions of others around the world.

The bottom line is, it doesn’t matter if James was in attendance.

Whether or not James cried during Vanessa’s speech inside Staples Center or laughed at Jordan’s crying meme joke while watching on television like the rest of us, who cares?

The question of whether or not LeBron was in attendance was one of the first talking points following the ceremony, which is fine and totally normal, he’s a Laker and the face of the NBA. The question wasn’t asked in a bad way or with any sort of cruel intent, more just a curious inquiry, but again, none of that matters.