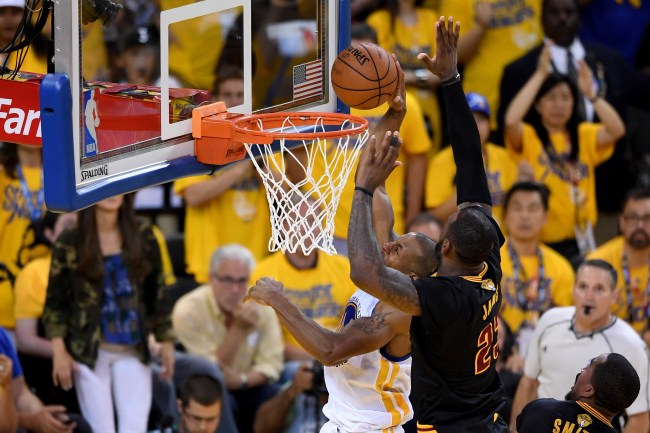 LeBron James may no longer be on the Cleveland Cavs, the team I’ve grown up watching, but, three years ago today, he delivered the greatest sports moment I’ve ever had. And, even with the four-time league MVP living it up in Los Angeles and trying to put together a new superteam to chase another title, there’s nothing that will ever come close to the satisfaction he had after winning the 2016 NBA Finals for his hometown state; which is something he’s admitted himself before.

Although then teammate Kyrie Irving was the one who hit the game-winner to put the Cavs up three with under a minute to go, it was LeBron James’ iconic block on the Warriors’ Andre Iguodala that really kept his team’s chances alive. Chasing Iguodala down from half-court, James pinned the ball against the glass just in time, avoiding a goaltending call and giving his squad all the momentum, ultimately leading to a title over a 73-win Golden State team that had only lost two games at home during the regular season. It was one of those “holy shit” moments, and some of the players who lived it described what their thoughts were while it happened.

One of those guys is Richard Jefferson, who perfectly relayed his thoughts during that epic Game 7 in the 2016 NBA Finals, describing his emotions while on the bench watching James’ block, as well as how he froze and watched Irving’s game-winning shot. Take a look below.

Yep, even LeBron James’ teammates are amazed at some of the superhuman things he does on the basketball court, and Richard Jefferson had it happen to him during one of the biggest moments in NBA history. That’s pretty cool.

As for the guy on the receiving end of the block, Iguodala, he talked to NBC Sports a few months after the Game 7 loss and described his feelings. Surprisingly, he seemed to admire what LeBron James was capable of doing, too, even saying he thought it was “dope” as a fan of basketball. See the full quote below.

“When he blocked it, I thought somebody got shot. I laugh about it all the time. People try to joke on me. I still get mentions all day from fans always talking about the block.

“I’m like, ‘Man, that s— was so dope to me, too.’ I was a fan. That s— was amazing. When he blocked it, I was like, ‘Damn, somebody got shot.’ I thought it was funny. Somebody just made a good play. What you want me to do? If you enjoy the game of basketball, you should just be like, ‘Dude made a great play. F— it.’”

Three years ago, the city of Cleveland got rid of 52 years of failed championship misery thanks to LeBron James. While it might not mean as much to some of you as it does me, June 19 will always be one of those days that reminds me we were a city of champions once — and it’s awesome to see how some of the players who lived it describe their own feelings and thoughts as it happened.