LeBron James Reveals One Regret Has Has About Kobe Bryant 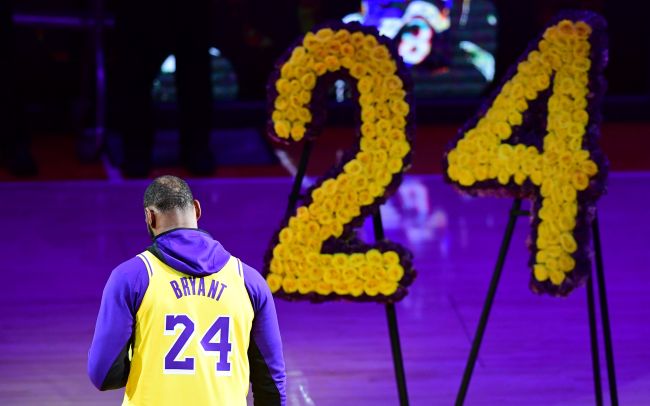 Stop me if you’ve heard this before, but LeBron James has punched his ticket to the NBA Finals. You have heard that statement 10 times, which is a statement you can make about only three other players in NBA history. Mind-numbing.

In his first season with the Lakers, Bron is taking the franchise to its first Finals appearance in a decade, the last being a guy named Kobe Bryant.

More work to be done. pic.twitter.com/GFl5arwZTp

Following his Western Conference Finals win on Saturday, LeBron spoke to Yahoo Sports about the regrets he has about failing to re-connect in person with Kobe before his passing.

“Of course, you think there’s going to be time for us to get together and I understand that there are regrets in life, but I definitely wish I had that moment with him.”

“I do remember when I decided to come here, he sent me a text right away and said, ‘Welcome, brother. Welcome to the family,'” He continued. “That was a special moment because at the time, Laker faithful wasn’t [fully in on me]. A lot of people were saying, ‘Well, we might not want LeBron at this point in his career,’ and, ‘Is he right? Is he going to get us back [to the Finals]?’ So to hear from him and get his stamp of approval, it meant a lot. I don’t ever question myself, but when it’s coming from Kobe, it definitely meant a lot.”

LeBron spoke about the missed opportunity to mine information from the Laker legend about playing for one of the most revered franchises in all of sports.

“When I played in Cleveland, I grew up 35 minutes away from there, and so I kind of knew the people. When I went down to Miami, [Dwyane Wade] was able to give me the blueprint on that. But I never played for a historic franchise like the Lakers,” he said. “It’s probably like when [Alex Rodriguez] went to the Yankees. He probably heard from [Derek] Jeter on what it’s going to take to play in front of this. It’s different from playing with the Mariners. It’s different from the Rangers. I would have definitely loved to get that side of what it takes, what does it take to win over Laker faithful or how can I make them appreciate my game. … That would have been something to pick his brain on.”