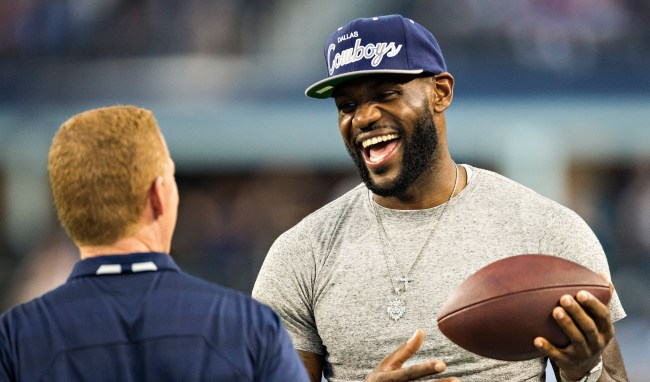 Noted Dallas Cowboys fan and Ohio’s favorite son LeBron James had one of his best games of the season, dropping 36 points on the hapless Bulls to go with his 10 boards and four assists in the Lakers’ 123-107 win Tuesday night.

However, it was the news of Odell Beckham, Jr. being traded to the Cleveland Browns that really got the kid from Akron excited once the game was over.

Yes, amazingly, S*#% did just get real. Maybe Myles Garrett was on to something because the Cleveland Browns are going to be… really good? This team? Never thought I would see the day.

LeBron wasn’t the only one excited about the Cleveland Browns latest move. So was Las Vegas, as the Browns’ Super Bowl odds blew up on Tuesday.

At the Westgate Las Vegas Superbook, the Browns’ odds of winning the AFC went from 12-1 to 7-1 and the team’s odds of winning Super Bowl LIV jumped from 25-1 all the way to 14-1.

Looks like there are going to be a lot more W’s than L’s in the Cleveland Browns’ future now that they have OBJ.

Not that Cleveland will be completely immune to losing now. In fact, even with the acquisition of Beckham, Browns fans are still taking L’s.

Some habits are just really hard to break.