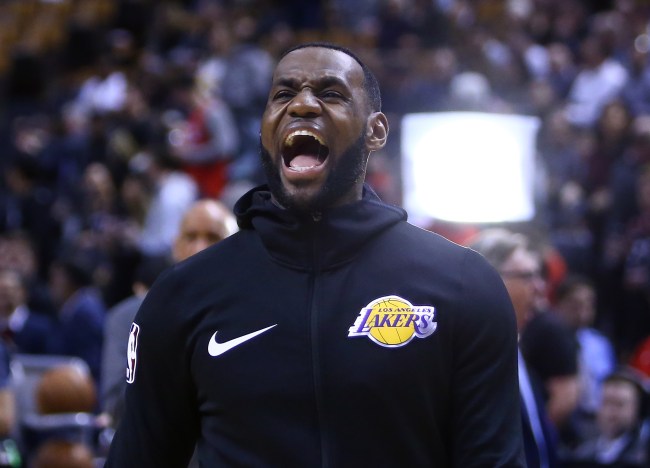 For the first time since 2005, the NBA playoffs did not feature LeBron James. For perspective, 95.6 percent of current players weren’t even in the league then, Million Dollar Baby won Best Picture, James Harden was 15 years old, and I was having trouble finding a date for my senior prom.

LeBron has been on summer vacation for six weeks now, and it’s evident that the extended rare free time has warped his mind. I picture LeBron walking out of the Lakers facility after the season’s closing loss on April 9th like Brooks when he was granted parole after decades in Shawshank Redemption. Just paralyzed with opportunity.

Last night, LeBron punished his entire family by corralling them into a performance art piece centered around the phenomenon that is Taco Tuesday. I oscillated between laughing and calling the police.

You already know what day it is in the James household 😭🌮

Anyone got an extra straight jacket lying around?

The Lakers have made Lebron go delusional, every day to him is now taco tuesday. If he stayed or went to any other team, none of this would’ve ever happened. Taco Tuesday is a cover up for what is going on with Jeanie Buss and pelinka, Rich Paul is behind the whole process. 🤫 pic.twitter.com/rknwOi70Fp

P.S. LeBron recently claimed that he’d let his son Bronny get an Instagram account in the summer of 2019. Welp, at 14 years old, the dude amassed 1.5 million followers almost overnight and the first thing he did was throw up an Instagram story that is pure lunacy.

The apple doesn’t fall far from the tree, I guess.