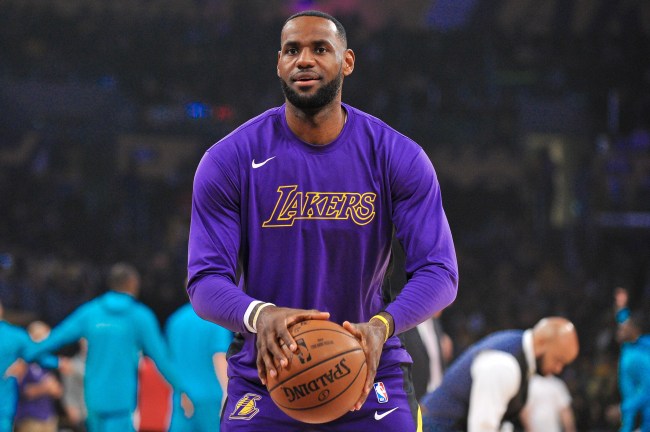 Stop me if you’ve heard a headline like this before:

LeBron James Publicly Announces He’s Abandoned His Home Because Of The Heat.

Early Monday morning, a brush fire broke out along the west side of Interstate 405 in Los Angeles and as of 5:30 a.m. PT, the fire had grown to more than 400 acres, with approximately 3,300 homes under mandatory evacuation orders, per ESPN.

LeBron James announced early Monday morning that he and his family were forced to evacuate from their Brentwood neighborhood mansion while close to 500 firefighters work to extinguish the blaze that is exacerbated by 15-20 mph winds.

Man these LA 🔥 aren’t no joke. Had to emergency evacuate my house and I’ve been driving around with my family trying to get rooms. No luck so far! 🤦🏾‍♂️

Finally found a place to accommodate us! Crazy night man!

My best wishes as well to the first responders⛑ right now doing what they do best! 🙏🏾💪🏾

While there were plenty of well-wishers subtweeting LeBron, who finally found someone to take his family in (whatever that means), there are no shortage of people still livid about LeBron’s self-indulgent love affair with China.

Was it at this hotel? Did you get a China sympathizer discount? pic.twitter.com/n8eZNK1pU6

I think I just found my Halloween costume.

To my West Coast people, stay safe out there.