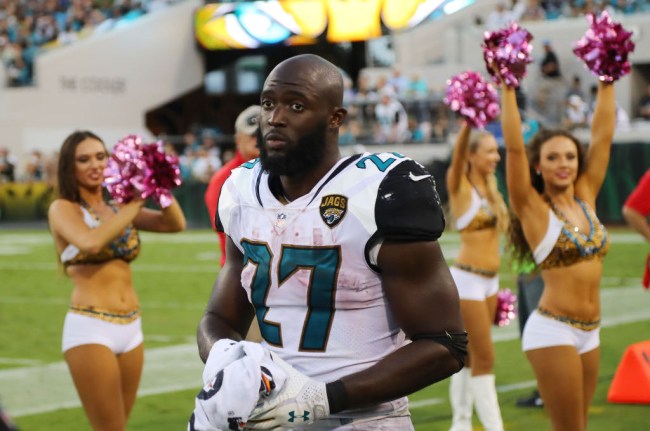 In recent years, deciding to go to college usually means agreeing to go into an incredible amount of debt for the privilege of spending the next four years being broke as hell in the hopes you’ll be able to find a job that will put you in a position where you no longer have to crash guest lectures you wouldn’t normally care about so you can take advantage of the spread of free sandwiches and pastries being offered.

Plenty of students take on part-time jobs or agree to be test subjects in as many psychological studies as possible in order to help pay for school, but it’s rarely enough to get by. This was the case of Jhane Lowsoo, a fifth-year senior at LSU who did as much as she could to get enough money for her senior year before turning to the internet for help in the form of a GoFundMe.

You can feel free to roll your eyes and accuse the student of asking for handouts but there was one person who was particularly sympathetic to her story: Leonard Fournette, who was an absolute beast at LSU before being drafted in the first round by the Jacksonville Jaguars last year. He came across Lowsoo’s tweet asking for help and responded by offering to pay for the rest of her tuition.

Fournette got a $17.9 million signing bonus on top of his $27 million contract, and while Broke showed the dangers that come with athletes giving handouts to random people, I think this is a slightly better cause than giving your cousin some money so he can start a laundromat he claims will change the clothes-washing game forever.