Le’Veon Bell Reveals Why Ben Roethlisberger Is ‘Tough To Play With,’ Claims He’s A Factor In Leaving Steelers 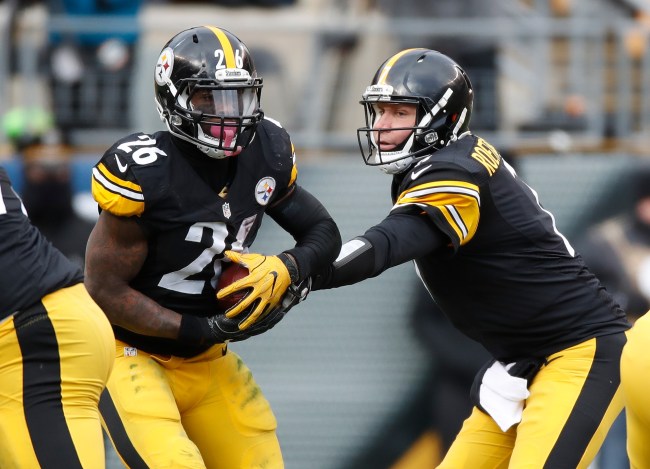 Ben Roethlisberger is in the trenches taking grenades right now and not many comrades are showing up to bail him out. After Big Ben was accused by Antonio Brown of having an “owner’s mentality” and criticized by former Steelers for not making an effort to build relationships with anyone outside the offensive line, new Jet Le’Veon Bell has decided to pile it on the two-time Super Bowl champion.

In an interview with Sports Illustrated, Bell opened up about his reasons for not re-signing with the Steelers after they offered him a 5-year, $70 million deal, a richer contract than his current 4-year, $52.5M deal with the Jets. Bell rationalized the Jets signing by pointing out that the Steelers refused to give him any guaranteed money, while his new deal guarantees him $35 million.

The 27-year-old also attributed his prickly relationship with franchise face Ben Roethlisberger as his reason for departure. Bell claimed the Steelers would have won the Super Bowl if he played in 2018, but said the team is worse off under the iron fist of Roethlisberger’s leadership.

He adds: “So if I’m mad at a player and I’m not throwing him the ball—if I’m not throwing A.B. the ball and I’m giving JuJu [Smith-Schuster] all the shine or Jesse [James] or Vance [McDonald] or whoever it is, and you know consciously you’re making your other receiver mad but you don’t care—it’s hard to win that way.”

Bell is of course referring to the game in November against the Broncos when Ben threw an interception in the end zone to seal the game. The Steelers quarterback publicly criticized Antonio Brown after the game and claimed the Steelers should have thrown to Smith-Schuster on every play.

Now, both Bell and Brown are gone, and Big Ben will have some new teammates to piss off.