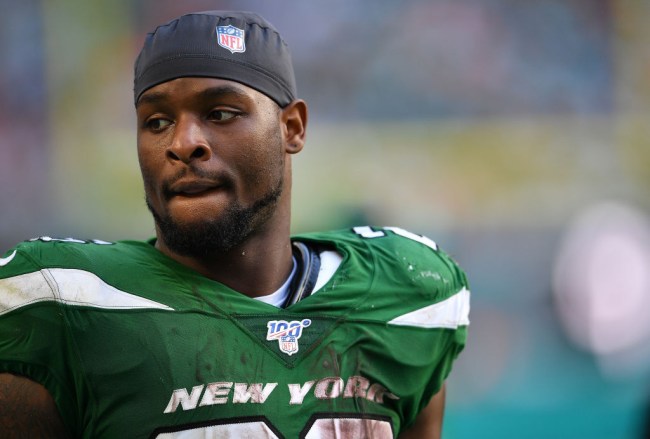 If you played football or baseball on a professional level in the 1980s, you weren’t really giving it your all unless you were sticking a needle full of anabolic steroids into your ass on a regular basis (or having one of your boys do it for you because that’s what friends are for).

At some point during the decade, the NFL realized a lot of dudes were looking more freakishly large than usual and decided to address the issue head-on when it started testing players for performance-enhancing substances ahead of the 1987 season and began handing out suspensions to people who failed a couple of years later.

In 1990, the league rolled out a new policy and announced it would be randomly selecting and testing a certain number of players every week in an attempt to keep people on their toes.

However, there has been plenty of doubt cast on how random the process actually is thanks to a number of suspicious coincidences, like the time Pat McAfee got tested a day after he made weed jokes on 4/20 and the seven times Eric Reid’s name was called after he claimed the league colluded against him because he knelt during the anthem.

There’s also the case of Le’Veon Bell, who put the NFL on blast last month after being told he had been selected to be tested for HGH for the fifth time this season and claimed he’d refuse to submit to another one if his name was picked again.

I done had 5 “random” HGH blood test in 10 weeks…@NFL I’m not doing another after today, whatever y’all lookin for it obviously ain’t there & I’m not about to keep allowing y’all to stick me with those dirty ass needles..find the players who really do that HGH BS & get off me..

"I'm not doing it no more, they're not getting no more of my blood" – @LeVeonBell reiterates that he's not taking another HGH test pic.twitter.com/HaG3wHvapc

On Friday, the NFL “randomly” called his bluff, and based on how he responded, it seems like he’s willing to follow through on his promise.

Bell was suspended in 2016 after he failed a drug test (although he claims it was because he failed to appear for it), and if he refuses to submit to this screening, he could be hit with the suspension he’d face if he tested positive.

Based on the abysmal numbers he’s put up this year, it seems very unlikely that Bell is using HGH so I guess we’ll soon see if this is a hill he’s willing to die on out of principle.