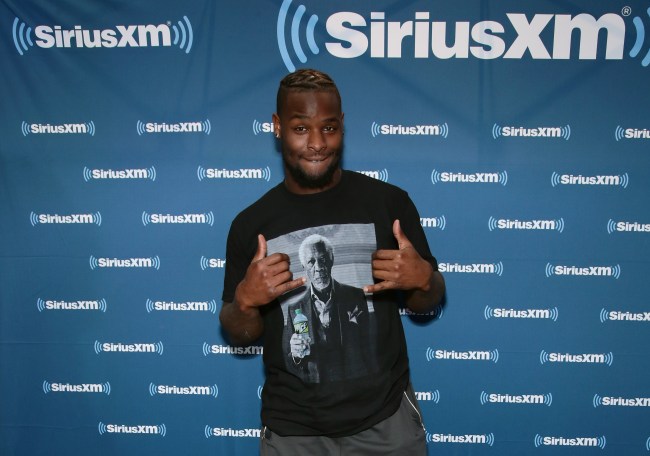 Le’Veon Bell gambled on himself by sitting out the 2018 season after he and the Pittsburgh Steelers couldn’t come to terms on a long-term contract. And, while the running back didn’t make up for all the money he lost by pulling the move once he signed a big deal with the New York Jets this offseason, he’s still talking about his old team — and, unsurprisingly, it’s pretty negative stuff.

Speaking with SI.com’s Jenny Vrentas, Le’Veon Bell did say that the Steelers were a “great organization,” but added one big part that’s gotten attention today, saying that the franchise doesn’t “treat you like you’re human.” That’s a bold statement, to say the least, but Bell isn’t backing down from his opinion.

Breaking up is hard to do.

An exclusive interview with Le'Veon Bell where the star RB details his split from the Steelers: "They don't treat you like you're human." https://t.co/oCq2FfmWg9 pic.twitter.com/3WGFNE0cEc

To nobody’s surprise, when a popular pro athlete like Le’Veon Bell says something like this, there’s going to be some backlash. That’s probably why CBS Pittsburgh newscaster Bob Pompeani came to the defense of the Steelers organization, tweeting back at Bell by referencing how the franchise has taken care of injured linebacker Ryan Shazier through all that he’s been through. That rubbed Bell the wrong way, lead to his reply — which subsequently threw the entire city of Pittsburgh under the bus. Take a look.

referring to the “city” in general…& youu tweeting this at me proves my exact point… https://t.co/Jo4MDOgWpG

Man, Le’Veon Bell isn’t having any of that crap being tossed back in his face. Still, the Pro Bowl running back should’ve assumed his strong comments would ruffle some feathers, but at least he’s not backing down from them.

NFL Network’s Ian Rapoport reported last summer that the Pittsburgh Steelers did try to keep Bell by offering him a five-year, $70 million deal, but that the running back didn’t want to have anything to do with it. This started the rift between the two sides, leading to dysfunction all season long and, ultimately, Le’Veon Bell leaving to sign with the New York Jets this offseason for $52.5 million over four years.

It’s clear Le’Veon Bell didn’t really want to be in Pittsburgh any longer after feeling disrespected by the Steelers’ offer last summer and, subsequently, trying to franchise tag him. With a new deal with the Jets and a fresh start, hopefully the 27-year-old looks forward and stops ripping his old team from the past — because it just seems to end with more awkwardness.