LiAngelo Ball Has Reportedly Declared For The NBA Draft 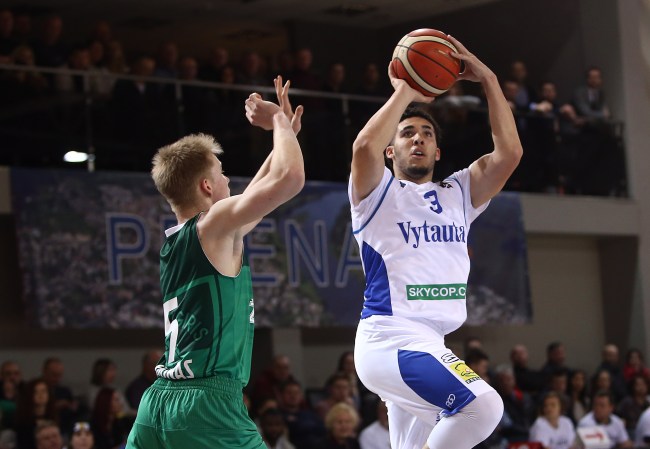 (i) The player (A) is or will be at least 19 years of age during the calendar year in wich the Draft is held,
and (B) […] at least one (1) NBA Season has elapsed since the player’s graduation from high school […]
(ii) (F) The player has expressed his desire to be selected in the Draft in writing received by the NBA at
least sixty (60) days prior to such Draft (an “Early Entry” player)

That snippet is from the NBA Collective Bargaining Agreement demonstrating how easy it is for any Tom, Dick, and Jerry to enter the NBA Draft. It’s easier to apply to the Draft than it is to apply to college via Common App.

And according to LiAngelo Ball’s agent, Harrison Gaines, his 19-year-old client has done just that. Yahoo Sports reports that the 6-foot-5 guard has formally submitted early-entry paperwork to enter the June draft.

Currently, LiAngelo is averaging a league-leading 15.7 points and 2.9 rebounds and is shooting 45 percent from 3-point range for Lithuania’s Vytautas in nine first-division league games. After averaging 33.8 points per game for his high school team and leading Chino Hills to an undefeated season and a state championship, LiAngelo enrolled at UCLA, where he barely saw the floor for the Bruins.

But, at just 19, LiAngelo has fine-tuned aspects of his game, giving him a long-shot to be picked up by an NBA franchise.

LiAngelo Ball is expected to work out for several NBA teams when he returns from playing for Vytautas and will participate in the Pro Basketball Combine at IMG Academy (Florida) in May in front of team executives.

Will all three Ball brothers be in the NBA by 2022? LaVar literally would permanently walk around with his pants off.