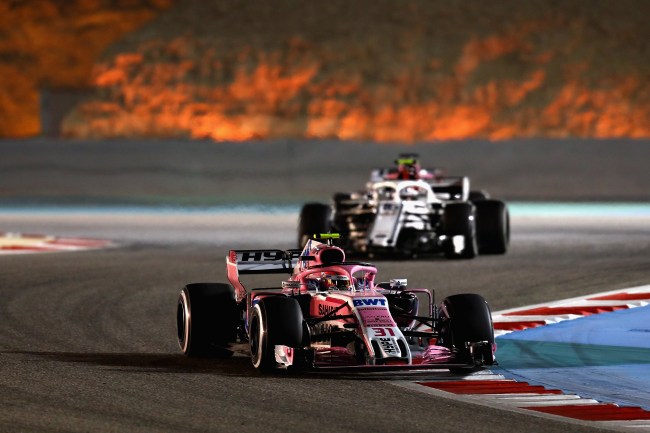 Liberty Media (FWONK) has unveiled its plans to make Formula One more competitive, in time for the 2021 season (following expiration of the Concorde Agreement). The adoption of a team budget cap (+/- $150 million, would not include driver salaries), more equitable distribution of prize money (Ferrari will retain a bonus, albeit 60% less) and technical changes designed to make engines simpler, cheaper and louder were among the changes proposed (along with modifications to the sport’s governance and regulations). To increase overtaking, FWONK is working to reduce the impact of engineering technology; as the most powerful cars have been minimizing the impact of the driver. F1 Chairman Chase Carey indicated that the individual teams would have the ability to share their opinions on the proposed rule changes before any decisions are finalized.

Howie Long-Short: In early March, we noted that Liberty had introduced F1 TV; a subscription-based OTT service that will carry commercial-free live race streams (beginning with the start of 2018 season on March 25th), live video from 20 in-car driver cameras, coverage of qualifiers, practice footage, highlights and press conferences. F1’s head of digital and new business Frank Arthofer believes the platform can eventually generate $500 million in revenue (would boost company revenue +28% over ’17 results), crucial for a sport that has all but maxed out the traditional revenue streams (see: race hosting fees, ticket sales). I asked Octagon SVP (Global Media Rights Consulting Division) Dan Cohen if it would be feasible for F1TV to generate $500 million in revenue within 12 months of launching the platform?

Dan: I don’t think so. The U.S. market is still not in love with F1 and to generate the type of revenues they’re talking about (that must occur). They’re more than 12 months away from turning the casual U.S. sports fan into an F1 fan.

JWS: They tout 500 million fans worldwide. Do they really need the U.S. market?

Dan: They need the U.S. market if they want to provide a return on investment for Liberty.

Editor Note: We’ll have Part 1 of a wide-ranging interview with Dan, on everything from ESPN+ to the first global broadcaster of sports, in tomorrow’s newsletter.

Fan Marino: In December ’17, Ferrari CEO Sergio Marchionne indicated that his team would leave Formula One “in 3 seconds” at the expiration of their contract (2020), if “simple and cheap engines like NASCAR” became standardized; Marchionne even floated the idea of forming an “alternative championship” to start in 2020-2021. I’m calling his bluff. While Ferrari chose not to publicly respond to FWONK’s presentation, Mercedes said that many of the “ideas and proposals have been either overdue or necessary or good”; while McLaren has said it’s on board with Liberty’s fan-centric approach.

Aston Martin CEO Andy Palmer said, “the prospective changes support many of the requirements needed” for their company “to enter the sport as an engine supplier.” One suspects Aston Martin’s interest in entering the sport would be to raise the company profile ahead of a pending $7 billion IPO. While more than 90% of the luxury sports car maker is privately held (Kuwaiti investors + Italian PE firm), you can play Aston Martin via Daimler AG (DDAIF); which owns 5%.

Meredith Corp. (MDP), which acquired Time Inc. for $1.84 billion in January, is seeking more than $150 million for Sports Illustrated (and SI swimsuit). The company doesn’t value the brand’s male dominated readership base, with the MDP’s strengths lying in women’s magazine sales (think: Better Homes & Gardens, Martha Stewart Living). The global investment bank Houlihan Lokey has been tasked finding a buyer and facilitating the transaction, which MDP hopes to complete within 120 days.

Howie Long-Short: Meredith (the U.S.’ largest magazine publisher, owns 17 TV stations) acquired TIME to build scale as a digital publisher (now receives 170 million unique visitors/mo.), but this deal also provides them with financial strength and flexibility. MDP expects the “acquisition will be accretive to free cash flow in the first full year of operations” and anticipates generating +/- $500 million in annual cost synergies over “the first two full years.” The company shed 200 duplicate corporate staffing jobs in March and plans to cut 1,000 more within the legal, financial and human resources departments over the next 10 months.

Sports Illustrated isn’t the only label Meredith is looking to unload; Time, Money and Fortune (the most valuable of the 3) all have audiences (and advertising bases) that differ greatly from the balance of the MDP portfolio (80% is millennial women). The company hopes to get $100 million for each of those 3 labels.

It must be noted that on January 27th, MDP increased its annual dividend 4.8% to $2.18/share. It is the 25th year in a row that the company has increased its dividend and the 71st consecutive year it has issued shareholder returns. Shares are down 19% since January 31st, the day the company announced completion of its TIME acquisition.

Fan Marino: Wondering who might buy Sports Illustrated? Keep an eye on Jay Penske, the founder of Penske Media Corp. Jay recently sold a minority share of the business for $200 million in cash, to the Saudi sovereign wealth fund (so he has some cash laying around). You may recognize the Penske name. His father Roger, owns Penske Racing; which operates teams on both the NASCAR and IndyCar circuits (so he has sports ties). Brad Keselowski, Ryan Blaney, Joey Logano, Helio Castroneves and Juan Pablo Montoya are among Team Pensky’s most recognizable drivers.