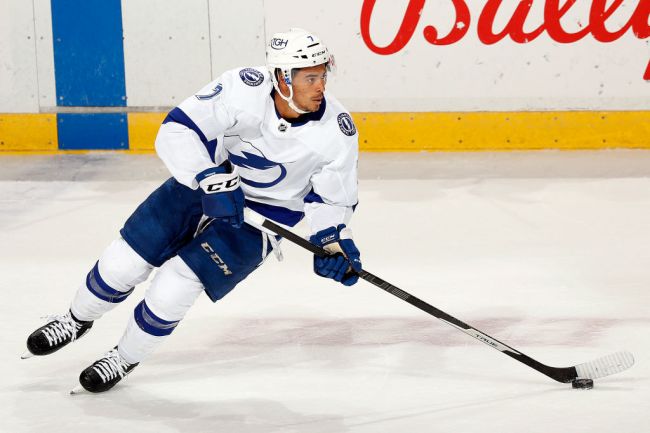 The first National Hockey League game was played on December 1, 1924. The first all-black line started together in an NHL game on Monday, May 10, 2021. 35,224 days later. It has been a long-time coming for the sport which originated in Montreal. To make it even better, Tampa Bay’s historic line won the opening face off.

It was Mathieu Joseph, Gemel Smith and Daniel Walcott who took the ice for Tampa Bay against Florida at BB&T Center, doing something that had never been done before. Injured forwards Ondrej Palat and Barclay Goodrow were out, and Pat Maroon was suspended, so Walcott was called up from the taxi squad and made his NHL debut on the occasion. What a way to do it! The circumstances aligned to make for a historic start.

In the booth, Anson Carter was on the call. Carter is a black analyst for NBC Sports and a former NHL forward for 13 years. He scored 202 goals and dished out 219 assists with eight teams, but he never had the opportunity to do what the Lightning did. So for him to also be involved with the moment was so cool.

Carter had some pretty awesome perspective on the moment.

He’s right. The Florida state rivals will square off in the first round this year and there’s a lot of bad blood. Brawls are sure to be abundant, like they were on Monday.