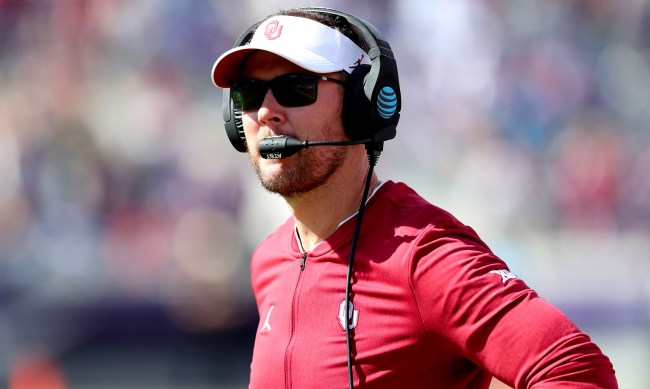 Take the Ivy League for example, which reportedly has a contingency plan in place for pushing football season to the spring.

“It’s very doable,” Riley told Yahoo Sports about playing football in the spring. “This can happen. We’ve been a part of putting together models of what that would potentially look like. This season is going to be different, we might as well come to terms with that. If we do decide that the spring is the best option, if we get to that point, we shouldn’t be scared of it. It’s very doable.”

Riley has been vocal about rushing student-athletes back to campus and even called out the SEC for its ‘ridiculous’ plan for voluntary workouts back in May.

Oklahoma student-athletes are reporting to campus for voluntary workouts on July 1, but Big 12 teams were actually eligible to return on June 15.

As for Riley’s remarks about a spring season, he certainly didn’t say anything wrong. Again, with so many question marks surrounding the season, and more seemingly popping up every day, there is at least a chance we don’t have college football this year. Right now, nobody knows, and we may not know for a few more weeks.