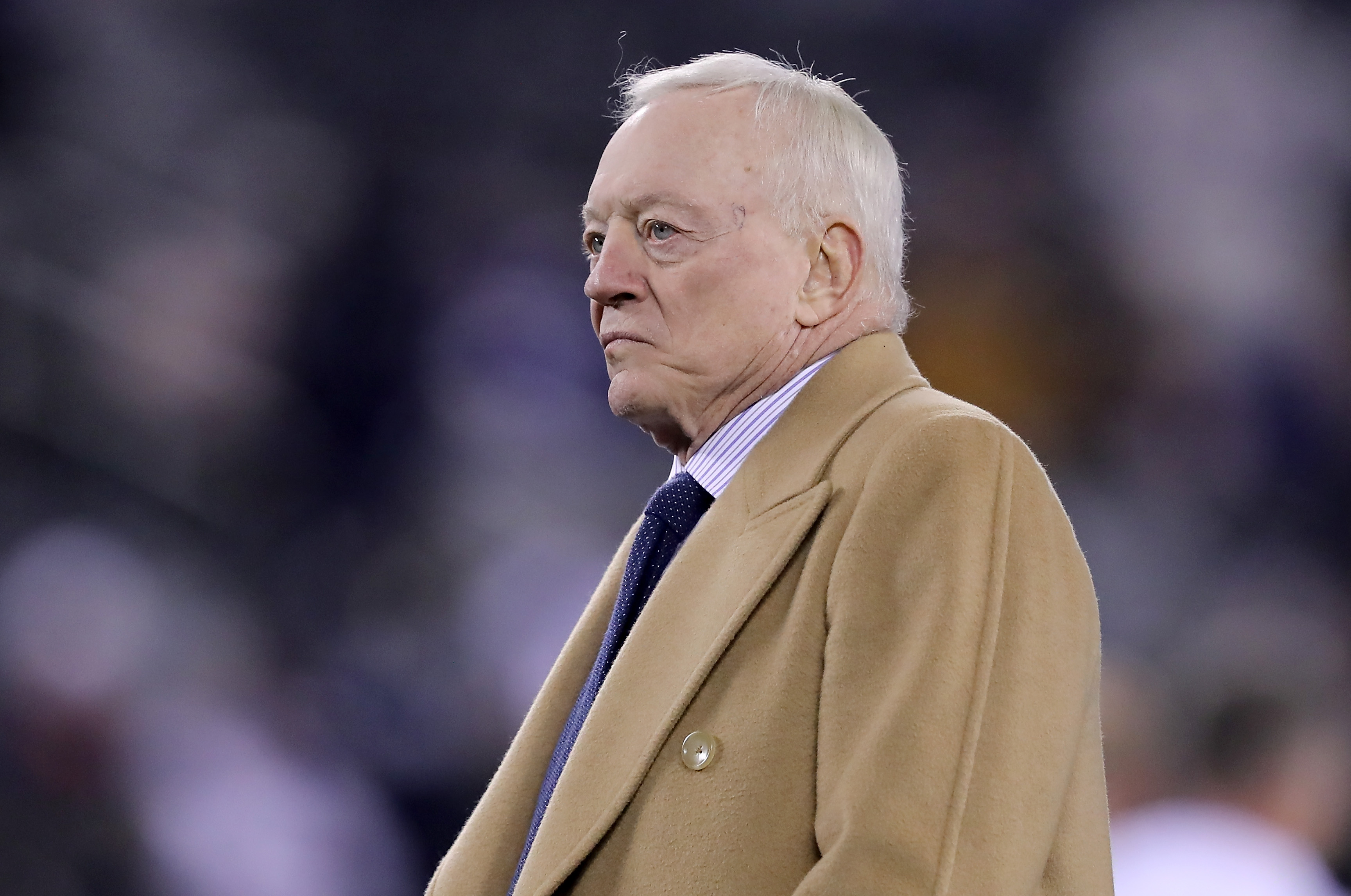 Cowboys owner Jerry Jones has found himself in some hot water over some controversial language he used at Cowboys’ camp.

During a press conference on Tuesday, Jones used the m-word while talking about former Cowboys executive Larry Lacewell, who he described as being short.

Jones began the hourlong media session with unscripted remarks that included acknowledging the several people affiliated with the Cowboys who died in the past year. Those include former Cowboys executive Larry Lacewell, a Cowboys college and pro scout from 1991 to 2004.

Lacewell, comfortably shorter than 6 feet tall, passed in May. He was 85. Jones was among the members of the Cowboys organization to attend a service for Lacewell in Arkansas.

“Stephen [Jones] and I went over to Jonesboro and a lot of our staff, certainly our scouts, and wanted to give a big memorial to Lace,” Jones said. “Lace held court out here (in Oxnard). I’m going to get me somebody, a m*****, to stand up there with me and dress him up like Lace and think Lace is still out here helping at practice with us.

“You know, we all need our props. But here it is to Lace ― really, and I’m serious about that.”

The Little People of America immediately released a statement and condemned Jones over his remark.

Little People of America — regarded as the largest dwarfism support organization in the world — is demanding an apology from Jerry Jones after he used the m-word on Tuesday. https://t.co/V8eOAJG7kL

M***** is a term that has widely been known to be derogatory for years and should be common knowledge to anyone in the public arena, such as Jerry Jones,” “Ignorance at this point is simply not an excuse. Any use of this disparaging slur along with suggestions or insinuations that our stature exists for amusement is deplorable and inexcusable.”

Update: Jones has since apologized for his language.

Cowboys owner Jerry Jones issued the following statement: “Earlier today I made a reference which I understand may have been viewed as offensive. I apologize.” https://t.co/v28GCY4VeN