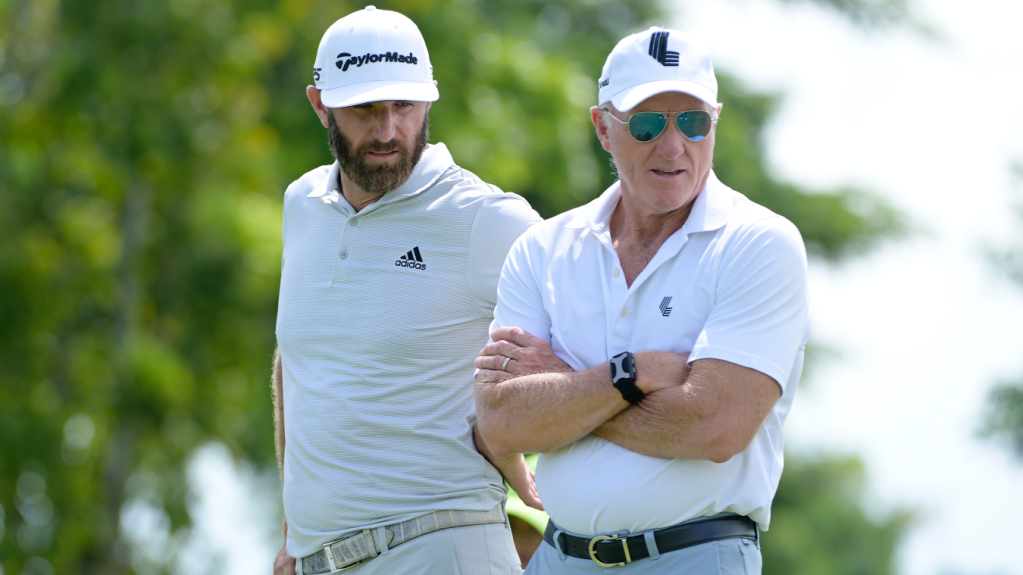 The LIV Golf Invitational in Bangkok takes place this week followed by the Jeddah Invitational. Yesterday we reported on how LIV had anticipated being able to award Official World Golf Ranking (OWGR) points for these tournaments, but they seem to have gotten ahead of themselves.

This development came after LIV Golf partnered with the MENA Tour (Middle East and North Africa) which is awarded OWGR points. By using the MENA Tour as a developmental pipeline to LIV, they believed this would funnel those precious and deeply necessary OWGR points to LIV Invitational events. But not so fast…

The Official World Golf Ranking body that awards the OWGR points has responded and said the entire review process needs to be completed before any points will be awarded. And this means there will be NO POINTS awarded over the next two LIV Golf events in Bangkok and Jeddah, meaning golfers on the LIV Tour’s world rankings will continue to plummet…

Here is their full statement:

Official World Golf Ranking (OWGR) received a communication from the MENA Tour on October 5th, 2022, at 13:05 BST. The communication detailed significant changes to the MENA Tour’s membership structure along with an outline of the initial series of tournaments in the 2022/23 MENA Tour season.

OWGR notes that the first two tournaments in this series appeared to be the same as the LIV Golf Invitational Series tournaments in Bangkok and Jeddah. The communication from the MENA Tour included a starting field data file for the Bangkok tournament, confirming that to be the case.

A review of the changes to the MENA Tour is now underway by the OWGR.

Only after the review is complete will a decision be made on awarding points to the MENA Tour’s new “Limited Field Tournaments”, defined by the MENA Tour in its Regulations as “any MENA Tour-approved tournament, which comprises of a player field of less than 80 players”.

The golf world was quick to react to this latest development

This sums it up for many:

They really were celebrating the victory before anything was finalized:

I don't get it?
LIV employees here were saying it was a masterstroke by Norman.

It really is a lengthy statement though…

They could’ve just said this instead:

In summary, no OWGR for Bangkok or Jeddah LIV events but maybe (doubtful) after that depending on the review.

For anyone wondering, the LIV Golf shotgun start in Bangkok will commence at 10:15 AM on Friday. Here are the pairings:

That’s 11 PM EST for anyone at home trying to do the math… Will you be staying up to START watching LIV Golf at 11 PM?

Is LIV Golf inching closer to a TV contract?

LIV Golf will reportedly pay Fox Sports to broadcast its events as opposed to the other way around.

According to Golfweek, LIV is on the verge of officially inking a contract that would result in Fox Sports airing its tournaments in exchange for…well, nothing, as the league will reportedly purchase airtime as opposed to receiving money from the network.

If that sounds like the opposite of what usually happens, that’s because it is; CBS, Fox, and Disney pay the NFL billions of dollars every year for the privilege to air football games, with those costs offset by the lucrative ad revenue they rely on to ultimately profit.

It makes sense that LIV Golf would be willing to use some of the aforementioned piles of cash at its disposal to raise its profile, and it could theoretically leverage its television ratings in the future to sign a new deal that would involve another party paying them to broadcast events.