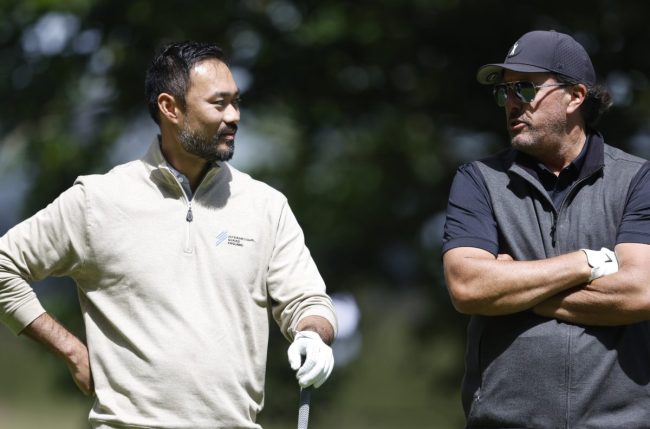 Things continue to get more interesting on the LIV Tour. The Saudi-backed league has broken off from the PGA, creating a major divide in the golf world.

After having a stronghold on the sport for decades, the PGA has seen a number of high-profile deferrals this year. Star players like Phil Mickelson, Brooks Koepka, Bryson DeChambeau, and Dustin Johnson are just a few among those that decided to leave the PGA for the LIV, citing different reasons for their departures.

Many said that the new tour would offer golfers a chance for more time with their families. Others said the game would be more exciting with a new set of rules. But many believed that money was always the driving force.

While some former PGAers denied those claims, a recent report is now making those golfers sound a bit hypocritical.

Dan Rapaport of Golf Digest reports that LIV players are now throwing around the idea of joining the Asian Tour. This would allow them to boost their world rankings, since they’re no longer able to compete in PGA Tour events. They can still play in the four majors, but they don’t currently receive Official World Golf Rankings. Without world rankings, eligibility for future majors could be uncertain.

Paul Casey said there have been a bunch of WhatsApp group messages of LIV guys kicking around the idea of playing Asian Tour events to get world ranking points. Said if they all play en masse, it’d increase the amount of points they could get. Interesting wrinkle.

This has caused quite a stir amongst golf fans, who are now criticizing the LIV players for being untruthful on their reasoning for joining the league.

When it was reported that LIV players would be looking to join the Asian Tour, many fans called them hypocrites. This would seemingly add to their workload. As mentioned before, the free time to spend with family was something that was of importance.

In the end, it was all about money.

What to bring able to play less and control their schedule. Just say it boys, it's all about the Benjamin's.💵💵

Really feel for their families. Losing so much time together

I thought they all wanted to play less to be home with their families?

The rule changes and flexibility would go out the door on the Asian Tour, too.

So..go play a 72 hole event, with cuts, for less money than the PGA?

and play {{gasp}} 72 holes? I thought one of the reasons they joined LIV is to play less golf!

Very good idea for guys who wanted to play less golf, have less ornerous travel schedules, and spend more time with family members who only like them because they make a lot of money.