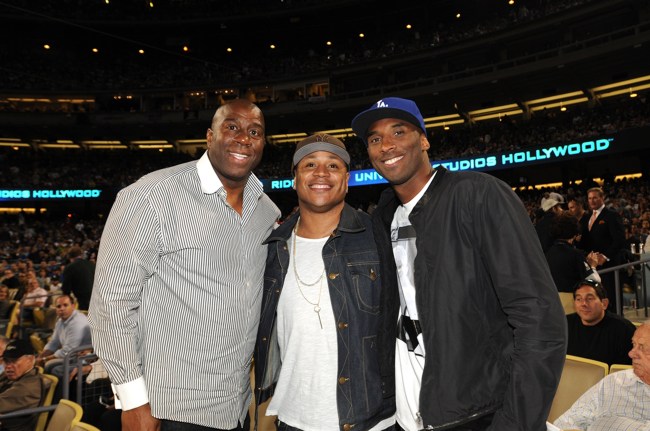 LL Cool J had one simple message for Kobe Bryant: Don’t do it.

After the Lakers legend approached the longtime rapper about possibly releasing a hardcore rap album in the late-90s after he had begun to make a name for himself in the league — and eyed off-the-court fame — LL didn’t exactly give Bryant a vote of confidence about the idea. In fact, instead of sugarcoating his feelings, he just laughed in Kobe’s face after hearing some of the lyrics and tracks he had heard on a demo.

“We talked about rap,” LL shared, telling ET that he and Bryant would have conversations about music. “He played me this album, this gangsta rap album and I was like, ‘Kobe,’ I said, ‘Come on dog. That’s not what you need to be doing [laughs].’ He had a gangster rap album. He played me that album, we’re sitting in a parking lot. I was confused, I was sittin’ there like, ‘What are we doing? You got endorsements, what are you doing?'”

“It had to be the funniest moment of my life, listening to him do gangster rap,” he jokingly added.

Damn, LL was pretty unforgiving in his assessment, but, hey, can’t blame Kobe for at least trying… I guess? Let’s not forget that the world did get a chance to see Bryant’s skills during the 2000 NBA All-Star Game, when he performed a song entitled “K.O.B.E.” with Tyra Banks — which LL Cool J absolutely crapped on to ET while remembering it. Take a look at his critique and the video of the performance below.

There have been a few athletes who have been able to crossover and showcase their talents on both the hardwood and in th studio, with guys like Shaquille O’Neal and, more recently, Damian Lillard being the two best to do it. Hell, Dame even performed at the 2020 NBA All-Star Game Weekend with guys like Lil Wayne, so the Blazers superstar might just be as good on the mic as he is dropping buckets.

As for Kobe’s (hopeful) rap career, well, it’s a good thing he had a buddy like LL Cool J to shoot it straight with him, because, based off of the small sample size, it probably wasn’t the best look for him.