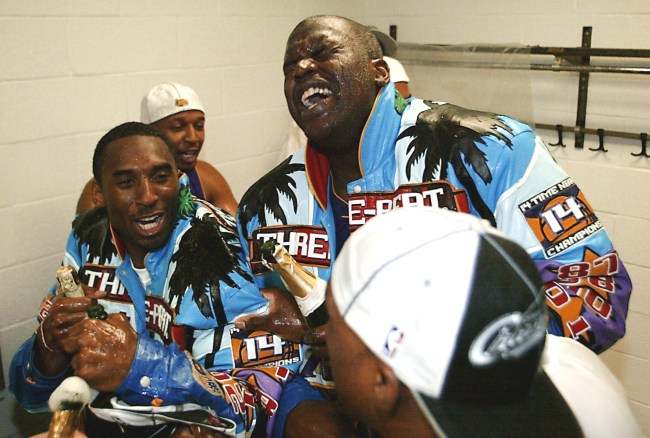 Just three months after losing his sister from another mister to cancer at just 40 years old, Shaquille O’Neal lost his brother from another mother in a helicopter crash at age 41.

In a tearful monologue in the immediate aftermath of the loss of Kobe, Shaq claimed he hadn’t “felt a pain that sharp in a while.” Shaq then announced he planned to donate all of the proceeds from his annual Super Bowl party to the Kobe and Vanessa Bryant Foundation and the families of all victims involved.

The legendary big man found another outlet to honor the other half of the greatest duo ever in the form of a white hot fire freestyle over Dr. Dre and Snoop Dogg’s “Bitches Ain’t Shit” from The Chronic. The freestyle is spit over a highlight reel that will remind you just how unstoppable Kobe and Shaq were together.

P.S. Don’t ask me how Shaq’s voice becomes easier to understand when he’s rapping, but it does.

“Fourth quarter, down by two/I’ma miss every free throw, I’ma give that shit to you/They know one-two punch, with two stones they kill us/One Black Mamba and one black gorilla.” HOT DAMN.

A person could diarrhea over a Dre beat and I’d still bounce my head to it, but credit where credit’s due: Shaq came out breathing fire and sent me down and Shaq and Kobe rabbit hole.

Obviously the Kobe—>Shaq oop was nice but the commercial that came from it was so well done pic.twitter.com/Gr4sDthbLP

AI thanking Shaq and Kobe during his hall of fame speech. pic.twitter.com/CdSYKstYYu

Shaq and Kobe on there first fight🤣pic.twitter.com/1I9me4UqHc

We’ll pick this up another time.