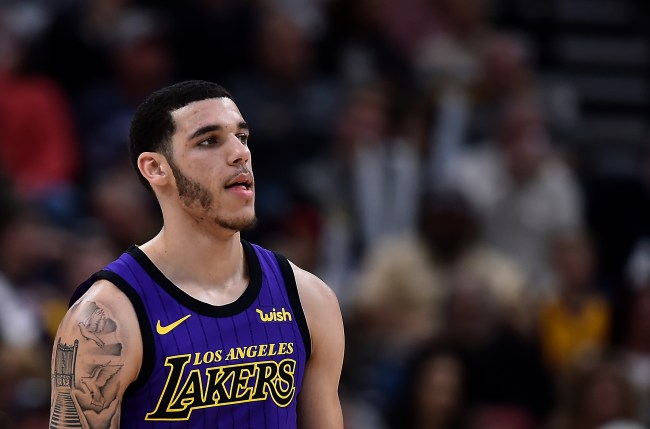 Lonzo Ball’s got a certified cat fight on his hands, because things between his baby mama, Denise Garcia, and his rebound girl, Courtney Conejo, just took a super weird twist — and, as the headline says, it involves a fight invitation. Time to ring the bell and get the fisticuffs up, ladies!

Not long ago, Sports Gossip broke the story that Lonzo’s baby mama, Denise, was keeping tabs on the girl who he was seen with after he and her broke up, Courtney. How? Well, the site did some hardcore recon work to find that Denise had viewed Courtney’s IG story, which, obviously, wasn’t because she’s a big fan of the Instagram model, but for a few other reasons.

As it turns out, that wasn’t the only thing Lonzo Ball’s ex was doing, because, according to Sports Gossip again, Denise Garcia called Courtney Conejo and challenged her to a fight. What in the hell is going on here?

Take a look at the video below, which Courtney posted to her Instagram story, playing the audio from Denise’s call, which ended with her laughing about it with her friends.

This is just the latest incident involving Lonzo Ball and his ex, Denise Garcia. Remember, just a month ago, she called out the L.A. Lakers point guard for being a “deadbeat dad,” which prompted the second-year player to address the comments on the reality show “Ball in the Family,” with Lonzo questioning Denise about his role as a dad to their daughter. Overall, it’s must-see TV.

But, this latest incident is more entertaining because, c’mon, it’s Lonzo Ball and two attractive females are literally ready to throw down for him. I know the dude’s an NBA player and all, but I’d imagine either one of these ladies could find someone else. Either way, let’s see if this grudge match ever happens or not, because it’d only add to the embarrassing saga to this point.