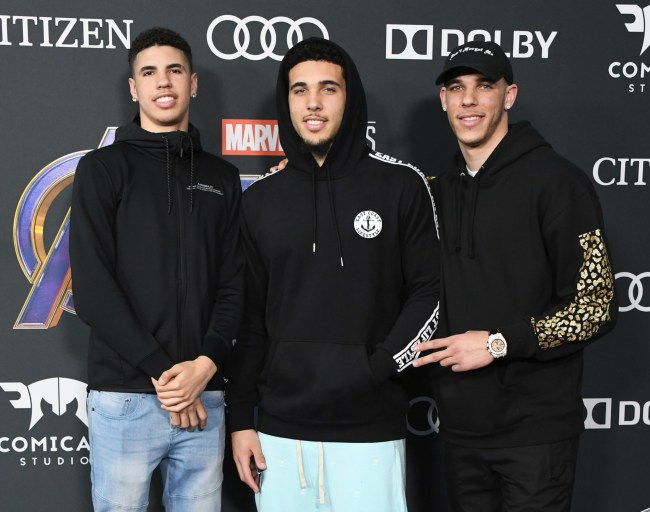 Lonzo Ball’s busy packing his bags after being traded from the Los Angeles Lakers to the New Orleans Pelicans as part of the Anthony Davis deal, but, even though he’s leaving L.A., the former No. 2 overall pick’s still one of the most intriguing young players in the league. If nothing else, Ball and his family know how to draw attention, and that’s one thing that won’t change just because they’re changing cities.

Part of the reason why Lonzo Ball and his family get so much attention is the drama that surrounds them. While the patriarch of the entire Ball family, Lavar Ball, is the one who grabs the most headlines because of the wild (and often dumb) things he says, the fact that the family’s athletic brand, Big Baller Brand, has been in the news a lot over the past few months definitely brings intrigue. And, while there were rumors that the company was shutting down amidst a co-founder, Alan Foster, stealing money from Lonzo, it seems like that demise was overstated.

Even after Lonzo Ball and his brothers, allegedly, parted ways with Big Baller Brand months ago — with the NBA player even covering up his tattoo of the logo — a designer for the company named David Raysse is hinting that things aren’t done just yet. That’s because Raysse posted some teaser photos of an upcoming LaMelo Ball sneaker, adding in his caption that signature sneakers for both Lonzo and LiAngelo will be coming in the upcoming month. Here’s a look at the post.

Who knows what this really means for the future of Big Baller Brand, but, if it’s another hint that the company is returning to operation after a small hiatus, they need to do things a little differently in order to keep customers coming back. Remember, this is the same brand that had trouble fulfilling orders. While the website’s still down, showing an “under construction” message at the home page, David Raysse may be hinting that Lonzo Ball, his brothers and family could be bringing it back soon. Guess we’ll just have to wait and see how this all plays out.