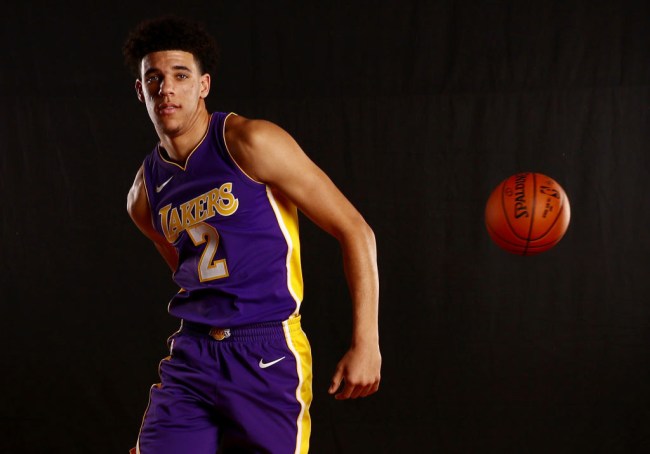 Lonzo Ball has largely been the Yin to his father’s Yang. Lonzo is more humble than one would expect out of a 20-year-old who was the second overall pick of NBA Draft and whose father thinks he poops Larry O’Brien trophies. Lakers big man Andrew Bogut described him as “softly spoken with a good sense of humour and doesn’t say a lot. Nobody has had any issues with him.”

Personally, I’m rooting for Lonzo’s success. The other incident that made me waver was three months ago when  Lonzo said this:

“Y’all outdated man. Don’t nobody listens to Nas no more.” He then said “Real hip-hop is Migos and Future.”

Nas’ Illmatic is arguably the best hip hop album ever made and single-handedly revived the New York City rap scene. Migos, on the other hand, has a song whose chorus goes like this:

In any event, Lonzo’s Lakers took on the Knicks last night at Madison Square Garden and before the game, Lonzo reignited the drama by wearing a sweatshirt with his face superimposed over Nas’ classic It Was Written album cover.

Wow. Look at the hoodie Lonzo wore to MSG tonight. Disrespecting the GOAT once again?!??

The Lakers lost to the Knicks 113-109 in overtime, despite Ball’s 17 points, six assists and eight rebounds. Nas responded subtly.

Lonzo’s sweatshirt drew the ire of Rookie of the Year candidate, Donovan Mitchell.

Is Lonzo slowly turning into his father? That would be awesome.