Los Angeles Dodgers Being Linked With Potential Move For Superstar 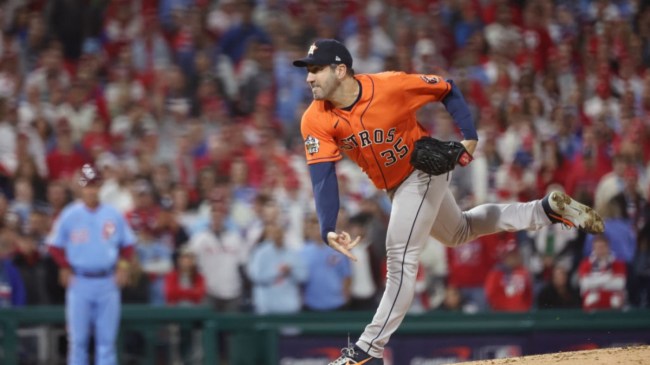 Despite regularly boasting one of Major League Baseball’s most loaded rosters in recent seasons, the Los Angeles Dodgers only have 1 ring to show for it since the start of the new millennium.

This past season, they entered the season as one of the favorites to win the World Series and finished the regular season with baseball’s best records. They still didn’t manage to win a series in the playoffs, being eliminated in the NLDS by the San Diego Padres.

Now they are going back to the drawing board to figure out how to get a better result in the 2023 season. Free agency hasn’t gotten off to the best start for them as they’ve already lost All-Star pitcher Tyler Anderson to the Los Angeles Angels.

While the loss hurts for the Dodgers as Anderson just put together the best season of his career, it seems his departure has opened up the possibility that the Dodgers will make a huge move in free agency.

According to The Athletic’s Ken Rosenthal, the departure of Anderson could lead to the Dodgers signing Justin Verlander this offseason.

Justin Verlander to the #Dodgers became more realistic based on today's events.

Specifically, Tyler Anderson rejected the Dodgers' QO; and signing Verlander would not involve the loss of a pick, whereas Jacob deGrom would.

Credit to @Ken_Rosenthal for linking JV and LAD.

Signing Verlander certainly carries some risks as he is 39 years old and underwent Tommy John surgery in 2020.

However, he seemed to have plenty left in the tank in 2022 as he posted a 1.75 ERA and struck out more than a batter per inning.

It’s not really clear what it will take to put the Dodgers over the top after years of putting together strong rosters that didn’t win at the end of the year, but it certainly couldn’t hurt to add somebody who pitched as well as Verlander in 2022.