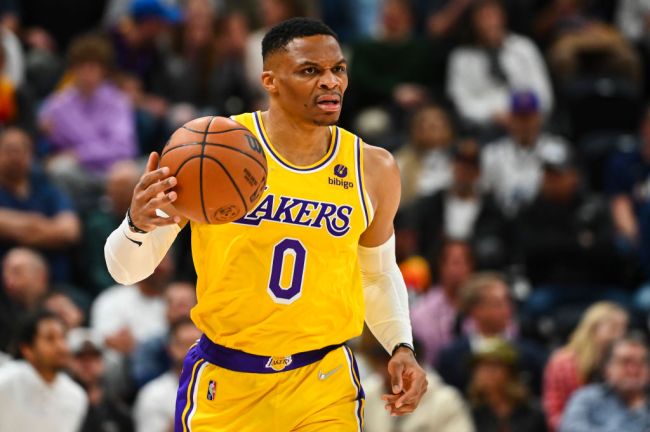 It has been expected for some time now that the Los Angeles Lakers were going to move on from Russell Westbrook this offseason.

They had reportedly tried to trade him at the NBA trade deadline, but were unsuccessful. Now it appears that they are also struggling to trade Westbrook in the offseason.

While appearing on yesterday’s episode of “The Lowe Post”, NBA insider Jonathan Givony reported that the Lakers have already had a trade for Westbrook rejected this offseason.

The Indiana Pacers have previously been identified as one of the teams who could be interested in Russell Westbrook this offseason. However, it seems they aren’t quite interested in him in exchange for Malcolm Brogdon.

The deal the Lakers reportedly offered was Westbrook and Talen Horton-Tucker for Brogdon.

It’s no surprise that the Pacers weren’t interested in this offer. Russell Westbrook is coming off of a very disappointing season where he did not mesh with the Lakers at all. His contract will also cost &47 million next season.

On the other hand, Brogdon is coming off of the two best seasons of his career and will only cost the Pacers $22.6 million next season.

Unfortunately for the Lakers, Horton-Tucker and his 9.9 points per game aren’t going to be enough to convince the Pacers to make this move.

While the Lakers have been unwilling to trade a first round pick in order to facilitate a Westbrook trade, that might be just what it takes for them to offload his contract and try to find a player that fits better with LeBron James.