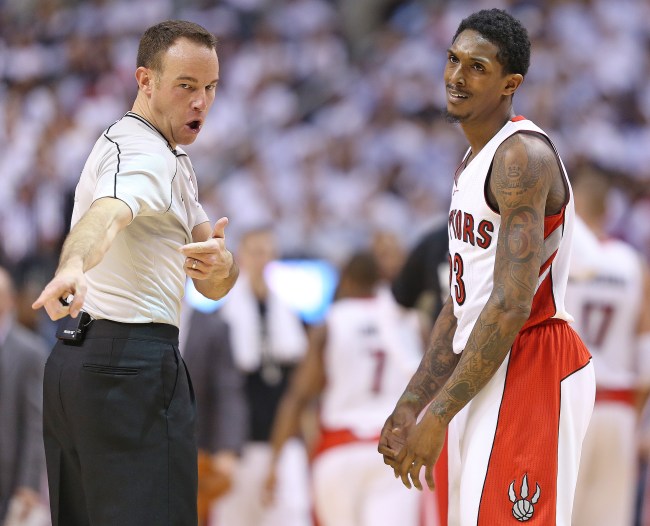 Is there a cooler dude in professional sports than Lou Williams? I’m not talking strongest brand, or freshest style, or most fans, I’m talking effortlessly cool to the bone. We’re talking about the dude who’s been able to manage two girlfriends at the same goddamn time.

Lou Williams has been a legend since the two girlfriend era, some people are just catching on now pic.twitter.com/ORFUigR4Tt

Williams, coming off his third Six Man of the Year Award in the NBA, appeared on “The No Chill Podcast” with Gilbert Arenas and Mike Botticello and spoke about Kawhi Leonard’s looming free agency decision. Williams played on the Raptors during the 2014-2015 season and had some insights on how living in Canada is an initial deterrent for dudes born in the states.

“Because when you play in Toronto, you feel like you’re playing overseas. We can’t wait to go on the road sometimes, just to be in America. It’s like little s— you don’t think of. Channels on your TV, phone bill, you got to get a Canadian bank account. S— like that that people don’t think about. That s— is hard. And if you have kids, you’re raising your kids in Canada.

“One you’re there, you’re like ‘oh, this is dope.’ But the hard part is keeping guys.”

This guy has no idea! Sounds like a typical American who believes everything should be like home. The wise are never afraid of change. Nobody's from toronto.. and the city's culture involves all and has never felt foreign. Oh and btw, he plays for the @LAClippers! #EnoughSaid

BONUS CLIP: Williams talking about how LeBron would dip his balls in Scottie Pippen’s mouth.